Here are some of the components and databases that implement Windows 2000 security:

Figure 8-1 shows the relationships among some of these components and the databases they manage. 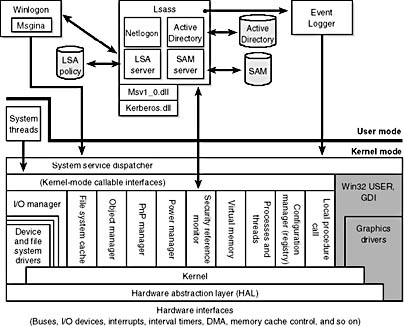 The SRM, which runs in kernel mode, and Lsass, which runs in user mode, communicate using the LPC facility described in Chapter 3. During system initialization, the SRM creates a port, named SeRmCommandPort, to which Lsass connects. When the Lsass process starts, it creates an LPC port named SeLsaCommandPort. The SRM connects to this port, resulting in the creation of private communication ports. The SRM creates a shared memory section for messages longer than 256 bytes, passing a handle in the connect call. Once the SRM and Lsass connect to each other during system initialization, they no longer listen on their respective connect ports. Therefore, a later user process has no way to connect successfully to either of these ports for malicious purposes—the connect request will never complete.

Figure 8-2 shows the communication paths as they exist after system initialization. 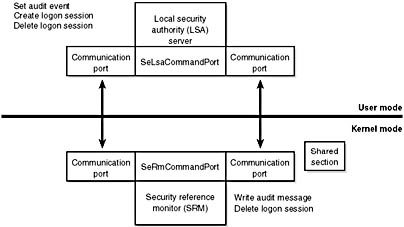 Figure 8-2 Communication between the SRM and Lsass