Clearly, there were certain aspects of the Zeta organization that enabled it to effectively adopt an improvisational change model to implement and use the groupware technology. Our research at Zeta and other companies suggests that at least two sets of enabling conditions are critical: aligning key dimensions of the change process and dedicating resources to provide ongoing support for the change process. We consider each in turn.

An important influence on the effectiveness of any change process is the interdependent relationship among three dimensions: the technology, the organizational context (including culture, structure, roles, and responsibilities), and the change model used to manage change (see figure 12.3). Ideally, the interaction among these three dimensions is compatible or, at a minimum, not in opposition. 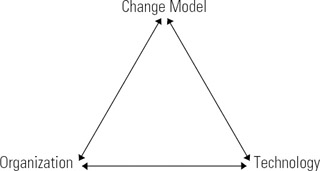 Figure 12.3: Aligning the Change Model, the Technology, and the Organization

First, consider the relation of the change model and the technology being implemented. When the technology has been designed to operate like a "black box", allowing little adaptation by users, an improvisational approach may not be more effective than the traditional approach to technology implementation. Similarly, when the technology is well established and its impacts are reasonably well understood, a traditional planned change approach may be effective. However, when the technology being implemented is new and unprecedented and, additionally, is open-ended and customizable, an improvisational model providing the flexibility for organizations to adapt and learn through use becomes more appropriate. Such is the case, we believe, with the groupware technologies available today.

Second, the relation of the change model to organizational context is also relevant. A flexible change model, while likely to be problematic in a rigid, controloriented, or bureaucratic culture, is well suited to an informal, cooperative culture such as the one at the CSD. In another study, we examined the MidCo organization's successful adoption and implementation of CASE (computer-aided software engineering) tools within its information systems organization.[11] While MidCo, a multinational chemical products company with revenues of more than $1.5 billion, was a relatively traditional organization in many ways, key aspects of its culture— a commitment to total quality management, a focus on organizational learning and employee empowerment, as well as a long-term outlook—were particularly compatible with the improvisational model it used to manage ongoing organizational changes around the new software development technology.

Finally, there is the important relationship between the technology and the organizational context. At Zeta, the CSD's cooperative, team-oriented culture was compatible with the collaborative nature of the new groupware technology. Indeed, the CSD's existing culture allowed it to take advantage of the opportunity for improved collaboration that the groupware technology afforded. Moreover, when existing roles, responsibilities, and evaluation criteria became less salient, the CSD managers expanded or adjusted them to reflect new uses of the technology.

Compare these change efforts to those of Alpha, a professional services firm that introduced the Notes groupware technology to leverage knowledge sharing and to coordinate distributed activities.[12] While the physical deployment of groupware grew very rapidly, anticipated benefits were realized much more slowly. Key to the reluctance to use groupware for knowledge sharing was a perceived incompatibility between the collaborative nature of the technology and the individualistic and competitive nature of the organization. As in many professional services firms, Alpha rewarded individual rather than team performance and promoted employees based on "up or out" evaluation criteria. In such an environment, knowledge sharing via a global Notes network was seen to threaten status, distinctive competence, and power. In contrast to Zeta, managers at Alpha did not adjust policies, roles, incentives, and evaluation criteria to better align their organization with the intended use and capabilities of the technology they had invested in.

At Zeta, the managers and technologists played this role, incorporating it into their other responsibilities. So, for example, the managers adjusted the structure of their department by introducing first-line/second-line partnerships to facilitate a dynamic division of labor and then made further adaptations by introducing an intermediary role to overcome some unanticipated difficulties associated with the initial change. Similarly, the technologists working with the CSD incorporated enhancements to the ITSS system as they realized ways to improve ease of use and access time. The CSD's commitment to noticing and responding to appropriate changes did not end after the implementation of the technology. The managers clearly realized that the change process they had embarked on with the use of groupware was ongoing, as one manager noted: "We've had ITSS for two years. I'm surprised that the enthusiasm hasn't gone away….I think it's because it's been changed on a regular basis…. Knowing that [the changes are going to get implemented] keeps you wanting to think about it and keep going".

Ongoing change in the use of groupware technology also requires ongoing adjustments to the technology itself as users learn and gain experience with the new technology's capabilities over time. Without dedicated technology support to implement these adaptations and innovations, the continued experimentation and learning in use central to an improvisational change model may be stalled or thwarted. At Zeta, a dedicated technology group supported the CSD's use of groupware and ITSS. Initially consisting of one developer, this group grew over time as groupware use expanded. After two years, the group included four full-time technologists who provided technology support for the various systems that had been deployed within Zeta via the Notes platform. The group also maintained strong ties with all its users through regular meetings and communications. This dedicated, ongoing technical support ensured that the technology would continue to be updated, adjusted, and expanded as appropriate.

The value of ongoing support to enable ongoing organizational and technological change was similarly important in another organization we studied, the R&D division of a large Japanese manufacturing firm.[13] A newly formed product development team within the R&D division installed a groupware technology, the Usenet news system (a computer conferencing system). Similar to the CSD at Zeta, the team's use of this new technology also iterated among anticipated, emergent, and opportunity-based changes over time. Here, a small group of users who had previously used the groupware technology took on the responsibility to manage and support its ongoing use for themselves and their colleagues. They tracked technology usage and project events as they unfolded, responded as appropriate with adjustments to communication policies and technology functionality, and proactively made changes to the team's use of the conferencing system to leverage opportunities as they arose.