If you've been working with databases for a while, you're probably familiar with the term normalization. Database designers or developers often ask whether a database is normalized. So, what's normalization? Normalization is a process of eliminating data redundancy (except for the redundancy required by foreign keys) in multiple relational tables, and it ensures that data is organized efficiently. When you normalize a database, you basically have three goals:

A table is in 1NF if the values of its columns are atomic, containing no repeating values. Applying 1NF on a table eliminates duplicate columns from the same table, which creates separate tables for each group of related data, and adds a primary key to the table to identify table rows with a unique value. For example, say you have a Customers table (see Figure A-1). The Customers table stores data about customer orders. The columns store data about a customer such as name, address, and order description. 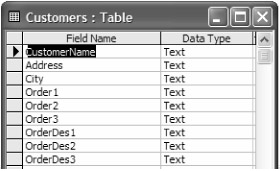 Figure A-1: Customers table before normalization

The data of the Customers table looks like Figure A-2.

Figure A-2: Two rows of data from the Customers table

Figure A-1 shows the design of a Customers table. As you can see, it's been designed to store up to three orders for any customer—sort of mimicking an array structure in spreadsheet format. There are obvious problems with this design. As you can see from Figure A-2, there are many columns related to orders (that's a classic giveaway of a poorly designed table—mixing two or more entities, or kinds of data). Whenever a customer posts a new order, a new column will be added to the table. Not only that, if the same customer posts more than one order, the duplicate Address and City column data will be added to the table. This scenario adds duplicate data to the table. This table isn't in 1NF because the 1NF rule says that a table is in 1NF if and only if a table's columns have no repeating values.

You apply 1NF on this table by eliminating the details about the orders, providing just enough relational information to link the Customers table with a new Orders table. The new format of this table after 1NF looks like Figure A-3. You still have some information about orders in this Customers table but only basic link information: OrderNumber. You've fixed the repeating fields problem by jamming all the other order information into a single OrderDescription field.

The data of the table now looks like Figure A-4.

Figure A-4: Data of the Customers table after 1NF

2NF eliminates redundant data. A table is in 2NF if it's in 1NF and every nonkey column (not a key column—primary or foreign) is fully dependent upon the primary key.

Applying 2NF on a table removes duplicate data on multiple rows, places data in separate rows, places grouped data in new tables, and creates relationships between the original tables and new tables through foreign keys. As you can see from Figure A-4, there are six records for two customers and three columns— CustomerName, Address, and City has the same information three times. 2NF eliminate these cases. Under 2NF, you separate data into two different tables and relate these tables using a foreign key. Records in tables should not depend on anything other than the table's primary key.

In this example, you now create a separate Orders table. As you can probably guess, the Orders table stores information related to customer orders. It relates back to the correct customer via the CustomerId column. Now the two tables, Customers and Orders, look like Figure A-5 and Figure A-6.

Figure A-5: Customers table after 2NF

Figure A-6: Orders table after 2NF 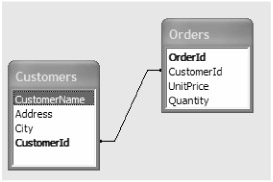 Figure A-7: Relationship between the Customers and Orders tables

Now the data in these tables look like Figure A-8 and Figure A-9.

Figure A-8: Customers table after 2NF

Figure A-9: Orders table after 2NF

A table is in 3NF if all columns of a table depend upon the primary key. 3NF eliminates columns that don't depend on the table's primary key. (Note that primary keys don't have to be single columns as shown in these simple examples.)

For example, as you can see from Figure A-10, CustomerId, UnitPrice, and Quantity depend on OrderId (the primary key). But the Total column doesn't depend on the OrderId column; it depends upon the UnitPrice and the Quantity columns.

Figure A-10: Orders table after 3NF

The data of the Orders table look like Figure A-11 after applying the 3NF rule on it, and you can calculate Total as the multiplication of UnitPrice and Quantity in your SQL statement.

Figure A-11: Data of the Orders table after 3NF

A determinant column is the column on which other columns are fully dependent. BCNF is an extended version of 3NF. A database is in BCNF if and only if every determinant is a candidate key. A candidate key is a combination of columns that can be uniquely used to identify a row. Each table may have one or more candidate keys.

4NF and 5NF seem to be of interest only in computer science classes and in the academic world in general. But, if you're really interested, a database is in 4NF if and only if it's in BCNF and all multivalued dependencies are also functional dependencies. For example, a customer can have multiple orders and multiple addresses. This data (the customer having multiple addresses and multiple orders) can be stored in a single table, but after applying 4NF, the data will be stored in two tables. The first table stores the CustomerId with addresses, and the second table stores the CustomerId with orders.

A database is in 5NF—or Projection/Join Normal Form (PJ/NF)—if it can't have a lossless decomposition into any number of smaller tables. In other words, this means a table that has been decomposed into three or more smaller tables must be capable of being joined again on common keys to form the original table.