The adoption of the wireless Internet strictly depends on the mobile bandwidth, the bandwidth of access technologies. The current 2G wireless access technologies transmit at 9.6 to 19.2 kbps. These speeds are much slower than the dial-up rates of desktop PCs connecting to the Internet. However, 2.5G wireless technologies already in use provide speeds of 100 kbps, and 3G technologies with speeds of 2 to 4 Mbps will allow wireless connections to run much faster than today's wired cable and DSL services. Figure 1.1 illustrates the transmission speeds of wired networks and their applications. This figure includes wireless access networks, showing that 2G networks are basically used for voice and text messaging, but 2.5G networks and particularly 3G networks will open doors for many new wireless applications that use streaming video and multimedia. 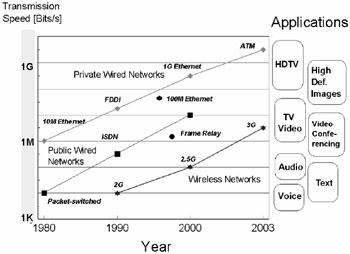 Figure 1.1: Wired and wireless networks and their applications. 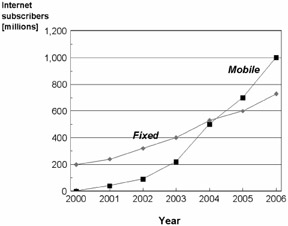