Lists are user interface controls for presenting a collection of items, in a one- or two-dimensional display

A list is a user interface control containing a number of items, each of which can be individually selected and activated. Series 60 provides a range of list types that are in common use throughout the platform. This chapter describes the various list types available, and discusses example applications to demonstrate how each type is used.

Series 60 lists are divided into three broad categories: vertical lists, grids and settings lists . Vertical lists are used for laying out a one-dimensional set of items ”each occupying the full width of the screen, as shown in Figure 7-1. 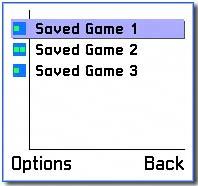 Grids are used for two-dimensional arrangements of items, as shown in Figure 7-2. 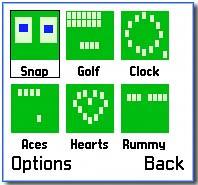 Settings lists are a special type of vertical list, used for modifying an application's configuration settings, as shown in Figure 7-3. 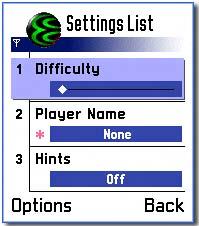 Within these three broad categories, there are many subtypes of list, each designed to address a particular type of requirement. This chapter covers all of these subtypes and helps you to understand the typical use case for each. It includes the following sections:

Throughout this chapter, code snippets from example applications are used to illustrate the ideas under discussion. In each section the examples expand on the previous example, adding some new functionality. Since only new features in the code will be discussed, you are advised to work through each section in the order it is presented. The example applications will be introduced at the relevant point in the text.

A basic understanding of the Series 60 UI framework, and the concept of UI controls, will be useful before reading this chapter ”further information on these topics is available in Chapter 4 and Chapter 5, respectively.