What Is an XML Web Service?

Component-based programming is a widely accepted practice used to help develop distributed systems. As these systems become more complex, distributing an application across a number of remote machines becomes an attractive option. During the past few years , a number of technologies have emerged to help build these types of distributed systems within the enterprise:

The release of these standards allowed a large number of enterprises to benefit from developing distributed applications that spanned many processes, machines, and servers. But in general, the concept of distributed computing rarely left the data center ”and if it did, it tended to stay within the boundaries of the organization as a whole.

A large portion of this was due to the technology itself. Early releases of the technology didn't lend themselves well to working with multiple organizations across the Internet. This was largely due to the ports and protocols to which these organizations were bound. As organizations joined the race to get online and security became a more controlled issue, many developers and architects found themselves restricted to using only ports 80 and 443 ”the ports for HTTP and HTTPS, respectively. Existing applications that used distributed components and were destined to reside in the perimeter network (also known as DMZ, demilitarized zone, and screened subnet) of an extranet were difficult to deploy and maintain or were generally unstable.

Microsoft and Sun Microsystems made attempts at fixing some of these problems by releasing versions of their respective component technologies that passed only HTTP requests and responses across the wire. Microsoft released COM Internet Services (CIS), which tunneled an existing DCOM solution across port 80. The Java specification grew to include RMI over Internet Inter- Orb Protocol (IIOP) to tie in the RMI specification with CORBA. Unfortunately, for various reasons, neither platform fully convinced enterprise architects to run a distributed architecture across the Internet.

Given the history of the products that were already available, Web services were not a new, groundbreaking concept. The introduction and formalization of Web services had more to do with applying the existing technologies and lessons learned to a set of new standards.

To be accepted, Web services must address these three key issues:

So, that's a little history, but you're probably still wondering what makes up a Web service. In other words, how can you define a Web service based on the technology that it uses? Five components make up the definition of a Web service, as shown in Figure 5.1. 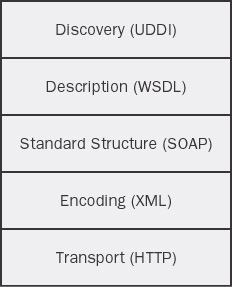 Figure 5.1: The five components of a Web service.

Now that I've given you the basics of Web services ”and possibly a refresher in some terminology that you already might have known ”let's dive deeper into the topic of interoperability using Web services.

Before you see some samples, I want to describe today's Web services landscape (actually, the landscape in existence at the time of this writing). This should highlight the organizations that are helping to develop and promote Web services as a standard. This description isn't meant to be a comparison of vendors ”the frequency with which new product releases reach the market often means that the information becomes quickly out of date. Instead, use the list to gain an understanding of the commitment many vendors have to Web services technology as a whole.

Web Services and the J2EE Specification

At the time of this writing, however, support does exist for a number of underlying APIs used to create Web services on the Java platform, known as the Java APIs for XML (JAX) pack. This pack, in turn , is used by a number of vendors for their toolkits. Chapter 3 already mentioned one of the APIs: Java Architecture for XML Binding (JAXB). Here's a list of the JAX pack members :

The JAX pack provides the underpinnings of Web services for the Java platform but can be lacking in the level of its implementation. To help address this, in February 2003, Sun Microsystems announced that the next version of the J2EE specification (v1.4, due for release in the summer of 2003) will fully support Basic Profile 1.0, one of the first guidelines released from a body named the Web Services Interoperability Organization (WS-I).

With so many vendors committed to and enthused by Web services technology, some direction is needed to ensure interoperability between all the flavors and standards of Web services. The Web Services Interoperability Organization ( http://www.ws-i.org ) is an open-industry effort to drive Web services interoperability across platforms, toolkits, applications, and vendors. The community that makes up WS-I today comprises approximately 170 vendors (including Microsoft, Sun, and IBM), systems integrators, enterprise customers, and others with a sincere interest in ensuring that Web services remain interoperable.

The organization's charter is to target developers to ensure that Web services and the underlying protocols conform to a published and agreed-upon set of standards and guidelines. To enable this, WS-I is tasked with providing the following:

One of the first deliverables from the WS-I was the Basic Profile version 1.0, which is published via the WS-I Web site. A profile is a named group of version- specific Web services specifications. Basic Profile 1.0 outlines recommendations for how these Web services specifications should be used together to achieve consistency within each implementation and, therefore, to promote interoperability. The four building blocks that make up the Basic Profile are messaging, description, discovery, and security. This covers XML 1.0, XSD 1.0, SOAP 1.1, WSDL 1.1, UDDI 2.0, and the use of HTTP and HTTPS.

Do We Need Another .org?

WS-I membership is open to any individual or business that wants to make a contribution in supporting Web services interoperability. To join the organization, you must pay an annual fee and participate in a number of working groups. Membership checklists and instructions can be found on the WS-I Web site.

In the samples in this chapter and throughout the rest of the book, we'll use GLUE 4.0.1 Professional from The Mind Electric. GLUE is based on the standards and specifications of the WS-I Basic Profile.

Given the current plans for J2EE v1.4 and the contents of a number of books on the topic, you might be wondering why I chose to use GLUE for the book's samples instead of relying on the existing Java Specification Requests (JSRs), JAX packs , and draft. The reasons are fourfold:

GLUE is installed in the C:\Interoperability\Tools\Glue directory as part of the samples installation. This directory contains a full implementation of GLUE 4.0 Professional, including required libraries, binaries, and documentation.

Configuration of GLUE is performed by using a config.xml file. The location of this file is determined as follows :

Most of the samples in this chapter and Chapter 6 apply configuration settings in GLUE by using statements within the code. This allows you to see what settings are required for a new installation of the product. In a production environment, it's recommended that you apply configuration settings by using an XML file as described earlier. You saw an example of this in the "Generating an XSD from an Existing Class in Java" section in Chapter 3.