In parallel and complementarily, it is a question of analysing the information and emotional meanings of interactions between the communicating purposes, the humans , the activities and the systems, in order to validate models of generations of new forms enriched by communication which are sufficiently explicit and explanatory to make them effective, controllable and evolutionary in real time and in the direction of a better humanisation of the interfaces.

One is based on the modelling of activities artistic, by nature complex and strongly charged in significance and emotions while using a semantic analysis of significant type of positioning, gestures, words, moods . 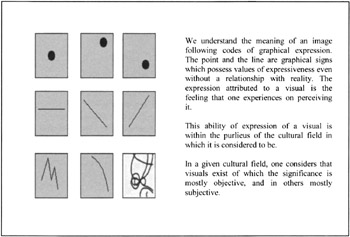 Figure 23.7: Variations of the expression for a point and a line in a square

There is an analytical field in any artistic form of expression in which the creator tries to define the role of his art to acquire freedom, determined by his gesture and decisions.

The plastics technician knows the laws of colour, architecture which can an present an image, the symbolic system of the forms and formats, etc; the type-setter knows the laws of harmony, the instruments, the musical structures, etc; the choreographer knows how to establish a partition by breaking up in a systematic way a sequence of movements which it characterises by the posture , intensity, trajectory, etc; the actor knows a range of gestures, types of displacement and modulation of the voice suitable to be useful for such or such expression.

BY WAY OF EXAMPLE: SOME CONSTITUENT ELEMENTS

Constituent elements of the choreograph

5.2 Towards a common multimedia writing in the form of grids

While transforming, for each quantitative value, the means of expression obtained starting from the sensors or the information processing system (quantity of energy, value of the colours, rate of travel, loudness, etc.) into comparable qualities (tragedy, peaceful, hot, cold, noisy , calm), we establish, for the various means of expression, a virtual common platform, a grid of reference. The role of scene setting will be then to establish, in reference to these comparable qualities, the rules of behaviour for the actors of the virtual platform and the human actor (Figure 23.8).

Figure 23.8: The integral of the multimedia grills constituting the performance partition

The performance of the dancer such as is perceived by the system and the answer which the system brings there are represented by the integral of the grids of the quality of the various superimposed fields of expression. If one considers this integral in the course of time, each field of expression can be looked at like a partition of an instrument, and all of the partitions like the partition of the whole orchestra. It will be interesting to try out the use of the formalisms of writing used in the contemporary music on the partitions of the grids, to imagine a temporal multimedia writing based on emotional partitions.

The below shows an example of a grid of reference, in which the lines correspond to the four forms of expression (body, musical, plastic, scenographic), and where the columns correspond to a succession of moments or phases of more or less long duration.