Jeff Bezos, the charismatic leader of Amazon was always interested in building an online retailer. It is very clear that Bezos wanted to replicate a catalog operation online. In this way, the business model of Amazon was not particularly innovative—nor was it uniquely customized to the idiosyncrasies of the Internet. Bezos never had the vision that the company will one day be supplying its technology to other retailers or hosting other sites.

Bezos was always focused on creating an online retailer and he saw himself improving on traditional bricks-and-mortar stores. In his own words: [5]

This was a naive observation on his part and it was made in the early days of Amazon when the company thought it could grow without making physical investments. We have now learned that huge physical investments are needed to serve markets better. The company has now invested in large warehouses that have proven to be costly. Ironically, eBay has pretty much continued to be a virtual operation.

He also thought that the Internet had special strengths in building a customer-centric company: [6]

In the online world, businesses have the opportunity to develop very deep relationships with customers, both through accepting preferences of customers and then observing their purchase behavior over time, so that you can get that individualized knowledge of the customer and use that individualized knowledge of the customer to accelerate their discovery process. If we can do that, then the customers are going to feel a deep loyalty to us, because we know them so well.

In direct contrast, even early on, eBay had a completely different view of the world and the Internet and how it applied to retailing. While most companies (led by Amazon) were interested in opening online stores where they could sell products to consumers, Pierre Omidar, the founder of eBay, was interested in creating a trading community. In his own words: [7], [8]

The first commercial efforts were from larger companies that were saying, 'Gee, we can use the Internet to sell stuff to people.'Clearly, if you're coming from a democratic, libertarian point of view, having corporations just cram more products down people's throats doesn't seem like a lot of fun. I really wanted to give the individual the power to be a producer as well.

Put otherwise, the vision of Bezos at the initial stage was that of a dominant firm selling products to individual customers. In direct contrast, eBay's approach was to create a bazaar where people bought and sold to one another.

I have shown these contrasting visions in Figures 3a and 3b. Figure 3a represents Bezos' vision. He thought of a large company (represented by the large circle) selling to individuals (represented by the small circles). To use the quote on the previous page, Bezos really wanted to "push product down people's throats." 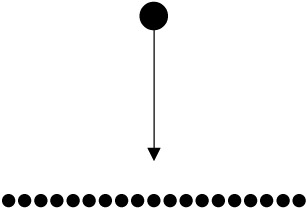 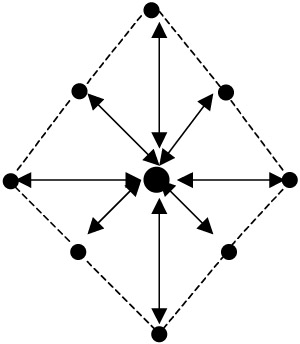 Figure 3b shows eBay's vision. This is the vision of an intermediary in a complex marketplace. eBay sought to be the facilitator of exchanges between many individuals. eBay did not want to own the products being exchanged—which is a key difference between the two companies. The issue is really one of control. Amazon wanted to control the transaction and eBay wanted the transactions to emerge organically.

eBay set out to create an intermediary that helps buyers meet sellers. Unlike the traditional retailer model adopted by Amazon, eBay created a unique business model. The company makes money by matching buyers with sellers. Sellers ship the items directly to the buyers. As a result, eBay does not have any distribution or fulfillment cost which gives it a tremendous advantage.

While Amazon set out to build a store on the Web, eBay created something unique that did not exist anywhere. It is, therefore, hard to find the proper offline analogy to describe eBay. The most common way to think of eBay is an auction house since the method used to sell products on eBay is mainly auctions. However, some have suggested that eBay could be thought of as a giant "classified advertisement" page where individuals can advertise an item that they would like to sell for a price and buyers can contact the sellers directly. Similarly, one could think of the company as a large swap meet or yard sale where individuals can buy directly from consumers.

We created a business that took unique advantage of the properties of the Net—the Net's ability to connect many to many—allowing a business to be created where there was no land-based analog. If you can't buy your book at Amazon, you can still go down to Barnes & Noble. eBay has no land-based analogs—not one in place. It was a business model that was created out of the technology called the Internet. Some of the most successful companies are those that had an entirely new model that could not have existed without the Net. eBay might be one of the only businesses that was created on the Internet.

This is not hype. It is the truth.