Red Hat Enterprise Linux 3 installs the Secure Shell (SSH) packages by default, using the openssh-server, openssh-clients, and openssh RPMs. The Secure Shell and Secure Copy programs, ssh and scp, are replacements for the rsh, telnet, and rcp programs. They encrypt communication between different computers. The secure daemon, sshd, listens for all inbound traffic on port 22. The SSH configuration files are located in the /etc/ssh directory.

Your private key (essentially a file with your special number) must be secure. When you enable an application, it can attach the key to your messages. Anything you send-say, from your e-mail account-can then be digitally signed and encrypted. The public key is added to the end as part of your signature. Only the recipient will be able to decrypt the message.

Your public key value is just that, publicly available. A central authority such as Verisign, Globalsign, or Thawte provides public access to public keys they have created. If they generate a private key for you, they'll keep a secure copy on their system. You can just attach your public key to the e-mail, or the end users can publicly retrieve it from the Web site associated with the central authority.

The example shown in Figure 11-10 lists the directories and files associated with SSH usage as well as a public key that has been added to your 'keyring.'

This key is like a password used to encrypt your data. Imagine trying to remember the 1024-bit number expressed in hexadecimal value as shown below. That is why the applications save this value for you, on a 'public keyring.' You can add as many public keys from other users, sites, and services as you wish.

Your private key is similar, but you must keep it private, or this whole system fails. Keeping it private means no one should have access to your PC. If your PC is public, secure your system with a passphrase (password), as shown in Figure 11-11, in order to use this key.

How to Generate Your Keys

There are a few SSH-oriented utilities you need to know about:

All you need to do is transfer the public key, with the .pub extension, to an authorized user. It's important to add a passphrase to protect that digital signature. In the worst case, a cracker could use this file to effectively steal your identity.

The Internet is a public network. If you're connected to the Internet, anyone in the world could conceivably access your computer through this public network. All that is needed is Internet access from an anonymous location. In other words, a skilled cracker may be able to capture your passwords from a computer in a public library.

Unix and the network that became the Internet started in an educational setting, where there is a premium on the free exchange of information. While the resulting openness of the Internet is good, it can present security challenges. The original Unix tools developed for networks were not designed with security in mind.

These tools include telnet, ftp, and the 'r' (remote) commands (rlogin, rcp, rsh). These utilities pass all information, including login names and passwords, across the network in clear text format. Anyone with a simple protocol analyzer such as Ethereal can find your password in this way. The Ethereal output shown in Figure 11-12 highlights one of the letters in a Telnet password on my private LAN (it's an 'e'). The other Telnet packets contain the other letters and/or numbers of the password. 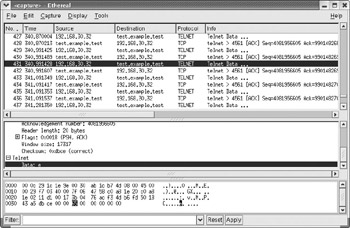 Figure 11-12: It's easy to decipher a clear text password.

This is the Kerberos version of the Telnet server discussed in Chapter 7. While it's more secure than the older Telnet server, you can still find the clear text password using a tool such as Ethereal.

The Secure Shell utilities were an answer to this problem, using high encryption standards. The Secure Shell tools replaced their insecure brethren and provided full encryption of all data between the hosts that is very hard to break, even by the 'brute force' method.

All computer data, including passwords, can be broken down into bits and bytes-in other words, 1s and 0s. If you can see the pattern of bits and bytes, you can decipher the password.

By convention, every character is associated with 7 of the 8 bits in a byte. Now assume you have 8 characters in a password. This makes for a 56-bit password. All you need to do to find the password is to compare it with every possible combination of bits and bytes. In other words, one of the bit-based values between 0 and 256 (72,057,594,037,927,936) represents your password.

While this may seem like a large number, it is in fact trivial for a higher-end PC, which could decipher such a password in a matter of hours. This suggests that the older standard for secure HTTP Web pages, 40-bit encryption, is not very secure. On the other hand, the higher-level 128-bit-encrypted browsers are a lot more secure. It would take more than a few years for the latest PCs to break through such encryption.

By default, the ssh-keygen command creates encryption keys with 1024 bits. Breaking into such systems is beyond the capabilities of the latest PCs using brute force methods.

Unfortunately, if you lose the passphrase on your private encryption key, there is no way to recover. You would need to start over, which means you would need to create a new set of keys and send your new public key to all concerned for them to replace your old public key.

E-mail has become a standard fixture in everyday business; e-mail security is a significant issue. One of the current standards for managing e-mail security is known as PGP (Pretty Good Privacy), developed by Phil Zimmerman. Like SSH, PGP provides a private- and public-key system for e-mail clients. The public key is usually attached to the end of the data, as shown in the next example.

Notice in the previous listing that the BSD/OS (Berkeley Software Distribution/Operating System) is also using GPG, which is also known as GnuPG.

If you download an RPM from the Internet and would like to verify that it is an official unadulterated Red Hat RPM, GPG can help. All you need is the Red Hat Enterprise Linux public key. It's available from at least three different locations:

Now you should find the RPM-enabled key in the /var/lib/rpm/Pubkeys file. Next, you can verify the package's PGP-encrypted checksum using the rpm -vK packagename command. For example, if you wanted to verify the openoffice RPMs on a downloaded installation CD, run the following command: