Lesson 1: What Is a Network?

The Concept of Networking

The idea of networking has been around for a long time and has taken on many meanings. If you were to look up "network" in your dictionary, you might find any of the following definitions:

Obviously, the last definition is the one we are concerned with in this course. The key word in the definition is "share." Sharing is the purpose of computer networking. The ability to share information efficiently is what gives computer networking its power and its appeal. And when it comes to sharing information, human beings are in many ways similar to computers. Just as computers are little more than collections of the information they have been given, so we are, in large part, collections of our experiences and the information given to us. When we want to expand our knowledge, we broaden our experience and gather more information. For example, to learn more about computers, we might talk informally with friends in the computer industry, go back to school and take a class, or work through a self-paced training course like this one. Whichever options we choose, when we seek to share the knowledge and experiences of others, we are networking.

Another way to think of networking is to envision a network as a team. This might be a sports team, such as a football team, or a project team, such as the one that created this training course. Through the efforts of all involved—the sharing of time, talent, and resources—a goal is accomplished or a project is completed. Similarly, managing a computer network is not unlike managing a team of people. Sharing and communicating can be simple and easy (a quarterback calling a play in the huddle) or complex (a virtual project team located in different time zones around the world that communicates through teleconferencing, e-mail, and multimedia presentations over the Internet to complete a project).

At its most elementary level, a computer network consists of two computers connected to each other by a cable that allows them to share data. All computer networking, no matter how sophisticated, stems from that simple system. While the idea of connecting two computers by a cable may not seem extraordinary, in retrospect it has proven to be a major achievement in communications.

Computer networking arose as an answer to the need to share data in a timely fashion. Personal computers are powerful tools that can process and manipulate large amounts of data quickly, but they do not allow users to share that data efficiently. Before networks, users needed either to print out documents or copy document files to a disk for others to edit or use them. If others made changes to the document, there was no easy way to merge the changes. This was, and still is, known as "working in a stand-alone environment." (See Figure 1.1.)

Copying files onto floppy disks and giving them to others to copy onto their computers was sometimes referred to as the "sneakernet." This early form of computer networking is one that many of us have used and perhaps still use today. See Figure 1.2; it might bring back some fond memories. 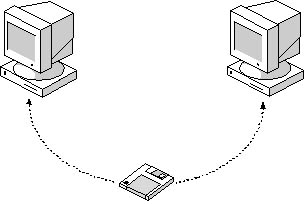 This system works well in certain situations and has its advantages—it allows us to stop for a cup of coffee or socialize with a friend while we exchange and merge data—but it is far too slow and inefficient to meet the needs and expectations of today's computer users. The amount of data available to be shared and the distances we want the data to travel far exceed the capabilities of the sneakernet. 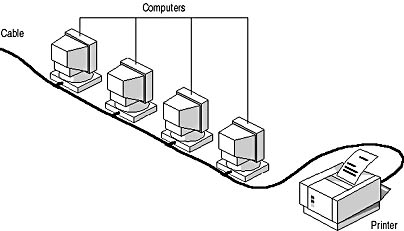 Why Use a Computer Network?

With the availability and power of today's personal computers, you might ask why networks are needed. From the earliest networks to today's high-powered personal computers, the answer has remained the same: networks increase efficiency and reduce costs. Computer networks achieve these goals in three primary ways:

More specifically, computers that are part of a network can share:

And more sharing options exist. The capabilities of networks are constantly expanding as new ways are found to share and communicate by means of computers.

The ability to share information quickly and inexpensively has proven to be one of the most popular uses of networking technology. It has been reported that e-mail is by far the number-one activity of people who use the Internet. Many businesses have invested in networks specifically to take advantage of network-based e-mail and scheduling programs.

By making information available for sharing, networks can reduce the need for paper communication, increase efficiency, and make nearly any type of data available simultaneously to every user who needs it. Managers can use these utilities to communicate quickly and effectively with large numbers of people and to organize and schedule meetings with people drawn from an entire company or business enterprise far more easily than was previously possible. (See Figure 1.4.) 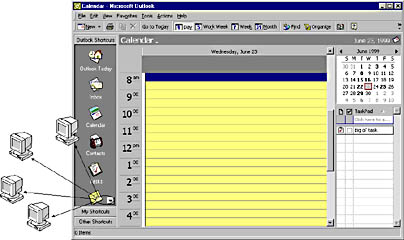 Before the advent of networks, computer users needed their own printers, plotters, and other peripherals; the only way users could share a printer was to take turns sitting at the computer connected to the printer. Figure 1.5 shows a typical stand-alone workstation with a printer. 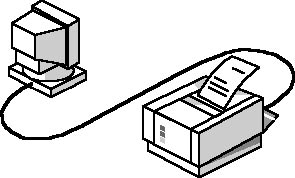 Figure 1.5 A printer in a stand-alone environment

Networks make it possible for several people to share data and peripherals simultaneously. If many people need to use a printer, they can all use the printer available on the network. Figure 1.6 shows a typical network environment in which five workstations share a single printer. 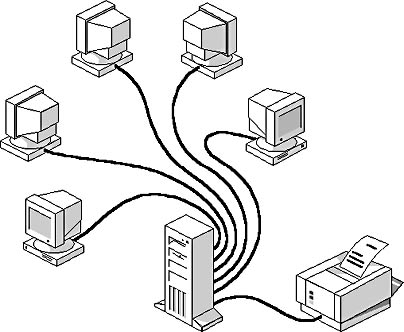 Figure 1.6 Sharing a printer in a networking environment

Networking computers can simplify support tasks as well. It is far more efficient for technical personnel to support one version of one operating system or application and to set up all computers in the same manner than to support many individual and unique systems and setups.

The Two Major Types of Networks: LANs and WANs

Computer networks are classified into one of two groups, depending on their size and function. A local area network (LAN) is the basic building block of any computer network. A LAN can range from simple (two computers connected by a cable) to complex (hundreds of connected computers and peripherals throughout a major corporation). (See Figure 1.7.) The distinguishing feature of a LAN is that it is confined to a limited geographic area. 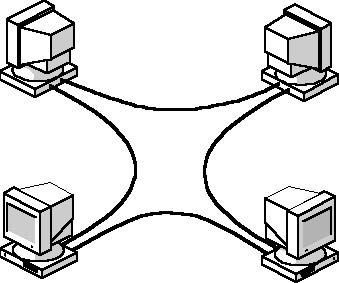 A wide area network (WAN), on the other hand, has no geographical limit (see Figure 1.8). It can connect computers and other devices on opposite sides of the world. A WAN is made up of a number of interconnected LANs. Perhaps the ultimate WAN is the Internet.