The elements of drama that we’ve looked at form the basis of a toolset that the game designer can use to elicit powerful emotional reactions from players. From integral game concepts like challenge and play, to complex integration of characters and narrative, these tools are only as powerful as the inspiration behind their use. Although the media palette of game design has grown to rival film and television, it’s clear that the emotional impact of games still has not achieved the depths it is capable of, and which will make it recognized as an important dramatic art from.

What new areas of dramatic possibility do you see? What new ground will your designs break? To answer these questions, you must have a strong grasp of the tools of traditional drama and understanding of good gameplay and the process by which it can be achieved. Before going on to read about system dynamics in games, spend some time with the exercises in this chapter if you haven’t already done so, since they’re designed to help you practice with some of these traditional tools. 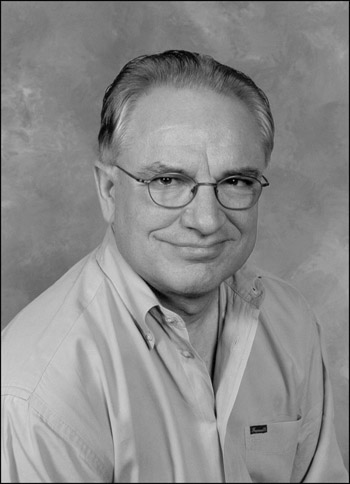 As Programmer/Designer on university computers before industry began:

I had been writing games as a hobby on the university mainframe through my college and grad school years, and then while I was a grad school instructor, teacher, and writer.

When Mattel started their in-house Intellivision game design team they advertised on the radio for programmers who wanted to learn how to create videogames. I’d never have thought of looking in the paper for a games job, but I heard the radio ad and called them. When I said “I don’t have a computer science degree but I’ve been programming games for the last nine years” I think they thought I was making up stories, since Pong had only been out for about five years at the time.

I have a hard time separating enjoyment from inspiration, so it’s the same list as the one below.

Seven Cities of Gold, design by Dan Bunten and Ozark Softscape, published by EA, 1984: Only a handful of resources to manage, and a gigantic map to explore for treasure. Proof that a simple concept with “few moving parts” on a primitive machine with basic graphics can be compelling if the tuning of challenge, suspense and reward is elegant and subtle.

The original Super Mario Bros. for Nintendo, design by Shigeru Miyamoto, 1985: The game style has been the subject of endless variations, but this game to me is the foundation on which all the others are built. Just the right balance of eye-hand coordination, environmental and enemy challenges, hidden goodies, and ongoing positive reinforcement made this a game that adults and kids could both play and love.

Sim City, design by Will Wright, published by Maxis, 1989: This game re-defined what a computer “game” could be, and was fun despite breaking many of the commonly accepted design commandments: it had no true opponents (apart from an occasional visit by Godzilla), a score with no clear methodology as to how you earned it, and no clear final goal so you could play for as long as you wanted. Will Wright persevered through repeated rejections before finding a publisher for one of the biggest hits in the history of the industry.

John Madden Football for Sega Genesis, design by Scott Orr and Rich Hilleman, published by EA, 1992: The first console version of Madden Football created a monster franchise in the industry, but what made it shine initially was a beautifully tuned head-to-head gameplay mechanic that made playing your buddies an incredibly fun way to pass an afternoon.

Metal Gear Solid 2 for PS2, published by Konami: The cinematic coverage of both stealth and combat advanced the use of cameras in our craft. Where Final Fantasy featured episodic tours de force, Metal Gear Solid started to blur the line between film and game.

Lord of the Rings: The Two Towers, design by LotR design team, developed by Stormfront Studios, published by EA, 2002 [conflict of interest note: our team created this game]: We started out talking about making the transition from a movie to a game seamless, so you reached a moment of interactivity thinking you were still watching a theatrical film. This is a dream many of us had discussed for years. Unlike many dreams, this time we actually pulled it off. Having now done it once, the result has inspired us about a much wider range of effects we can create in future games.

The fact that I was able to invent the first of several different kinds of games as a designer and programmer in the early years of the industry, and also led big teams that built hit games in the modern highbudget high-stakes era of publishing.

I’m also proud that it appears I’ve been designing and producing electronic games continuously longer than anyone else (since 1971), which if nothing else proves I’m persistent.

Enjoy the journey, not just the wrap party.

I see many people enter our industry who are anxious to be the next Shigeru Miyamoto or Will Wright. Most well known designers are the product of the special cases of their era, and rarely are they well known in later phases of industry history. For every Miyamoto and Wright there are many designers who were once trumpeted in the industry press, but who have now faded from the scene and are forgotten.

If I look at the people who have had the most success in the industry over the last ten, fifteen, or twenty years, a simple truth emerges. You have to do what you love, and you have to keep growing as you do it, in all areas of your personal and professional skills.

If you love games and love the process of creating them, it will rub off on everyone around you. If you keep looking for how to do a task better than the last time you did it, you’ll grow. Your career will still have ups and downs, but it will advance.

If you embark on a master plan to become a videogame celebrity by age 30, you stop thinking about building great games and start thinking about your personal pride. At that moment the energy that should be going into the craft of game design and execution instead goes into career planning. Which, of course, is the fastest way to sabotage your career.

The person who is unhappy until they achieve their goal spends most of their time unhappy.

The person who enjoys the journey towards the goal—and is resolute about reaching it—is happy most of the time.