Of the two methods available in the .NET Framework for creating threads, Thread and ThreadPool, the System::Threading::Thread class provides you with the most control and versatility. The cost is a minor amount of additional coding complexity.

Like all classes in the .NET Framework, the Thread class is made up of properties and methods. The ones you will most likely use are as follows:

The idea of running and keeping track of two or more things at the same time can get confusing. Fortunately, in many cases with multithreaded programming, you simply have to start a thread and let it run to completion without interference.

I start off by showing you that exact scenario first. Then I show you some of the other options available to you when it comes to thread control.

The first thing that you need to do to get the multithreaded programming running is to create an instance of a Thread. You don't have much in the way of options, as there is only one constructor:

The parameter ThreadStart is a delegate to the method that is the starting point of the thread. The signature of the delegate is a method with no parameters that returns void:

I think it's about time to look at some code. Take a look at the example of a program that creates two threads in Listing 16-1. The first thread executes a static method of a class and the second thread executes a member class.

There are some things you might want to notice about Listing 16-1. First, Threads can be pointers or references, as you should have expected, because they are classes like any other.

The third thing of note is that I had to use really big loops for this example to show the threading in process. For smaller loops, the first thread finished before second thread even started. (Wow, computers are fast!)

Okay, execute StartingThreads.exe by pressing Ctrl-F5. This will compile the program and start it without the debugger. If you have no error, you should get something like Figure 16-2. 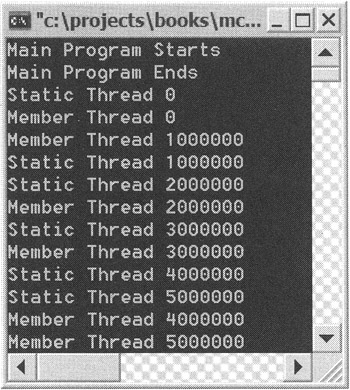 Figure 16-2: The StartingThreads program in action

Take a look at the top of your output. Your main program started and ended before the threads even executed their first loop. As you can see, foreground threads (which these are) continue to run even after the main thread ends.

If you were to uncomment these two lines, before the start method calls, with the lines

Getting a Thread to Sleep

When you develop your thread, you may find that you don't need it to continually run or you might want to delay the thread while some other thread runs. To handle this, you could place a delay loop like a "do nothing" for loop. However, doing this wastes CPU cycles. What you should do instead is temporarily stop the thread or put it to sleep.

The Sleep() method also takes two special values: Infinite, which means sleep forever, and 0, which means give up the rest of the thread's current CPU time slice.

A neat thing to notice is that main() and WinMain() are also threads. This means you can use Thread::Sleep() to make any application sleep. In Listing 16-2, both worker threads and the main thread are all put to sleep temporarily.

Listing 16-2 has a couple of additional bits of bonus logic. First, it shows how to get a pointer to the current thread using the Thread class's CurrentThread property:

Second, it shows how to assign a name to a thread using the Thread class's Name property, which you can retrieve later within the thread:

The results of SleepingThreads.exe are shown in Figure 16-3. 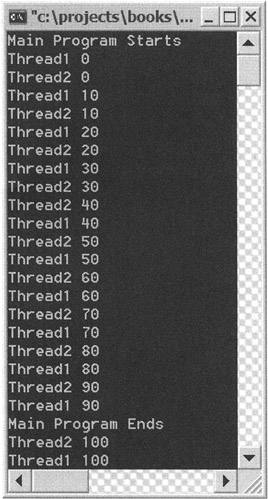 Figure 16-3: The SleepingThreads program in action

Notice that the main thread ends in the middle of the thread execution, instead of before it starts, like in the previous example. The reason being the main thread is put to sleep while the worker threads run and then it wakes up just before the other threads end.

You might, on occasion, require that a thread be terminated within another thread before it runs through to its normal end. In such a case, you would call the Abort() method. This method will, normally, permanently stop the execution of a specified thread.

Listing 16-3 shows the Abort() method in action. First it creates two threads, and then it aborts them. Just for grins and giggles, I then try to restart an aborted thread, which promptly throws an exception.

In the exception of the Thread method, I've added (but commented out) the code required to reset the abort so that the thread continues instead of ending.

Figure 16-4: The AbortingThreads program in action

Back in the first example in this chapter, you saw that after you created your threads and started them, the main program then proceeded to terminate. In the case of the first example this is fine, but what if you want to execute something after the threads finish? Or, more generally, how do you handle the scenario where one thread needs to wait for another thread to complete before continuing?

What you need to do is join the threads using the Thread class's Join() method. You can join threads in three different ways by using one of the three overloaded Join() methods. The first overloaded method takes no parameters and waits until the thread completes, and the second takes an int parameter and then waits the parameter's specified number of milliseconds or for the thread to terminate, whichever is shorter. The third overload takes a TimeSpan struct and functions the same as the previous overload.

Figure 16-5 shows JoiningThreads.exe in action. Notice that the main thread terminates again after both threads are started, but this time the main thread waited for the first worker thread to end before starting the second thread. 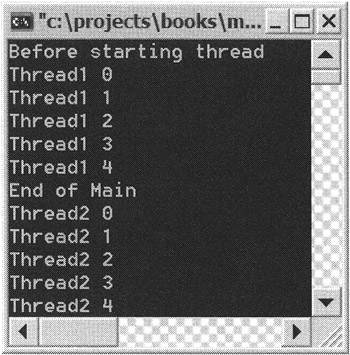 Figure 16-5: The JoiningThreads program in action

It is completely possible to take a worker thread and place it in a tight loop, waiting for some event to occur. Doing this would be a big waste of CPU cycles. It would be better to let the worker thread sleep and then be woken up when the event occurs. You can do exactly that using a combination of Sleep() and Interrupt() methods, in conjunction with the System::Threaded::ThreadInterruptedException exception.

Here's some other thread:

The preceding scenario will work if the worker thread knows when to go to sleep. It may also be necessary to allow another thread to temporarily stop a different thread and then restart it again later.

For example, a worker thread could be doing some intense number crunching when along comes another thread that needs to put a large graphic up on the monitor as soon as possible (the user interface should almost always get priority).

Listing 16-5 shows how to implement both of the Thread class's sleep/interrupt and suspend/resume functionalities.

Listing 16-5: Sleeping/Interrupting and Suspending/Resuming a Thread

You can see the results of ISRingThreads.exe in Figure 16-6. 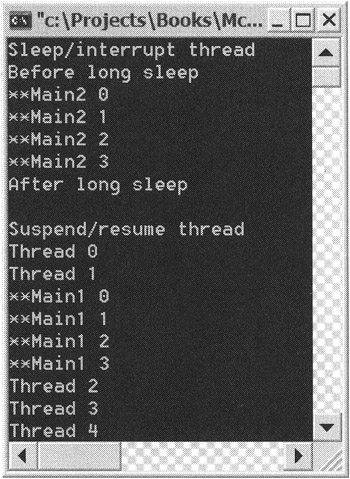 Figure 16-6: The ISRingThreads program in action

Notice how both provide a similar flow through their threads. The major difference between sleep/interrupt and suspend/resume is which thread initiates the temporary stopping of the worker thread.