As can be seen in Figure 2, there has been an evolution from the initial propositions to a preliminary theoretical model, which was developed from a theoretical generalization of the results obtained from the case under study. This model still recognizes the ability of IT to leverage the value of operating in a network, that is, its complementary role, supporting the management in the network (planning, implementation, and control of network activities) and knowledge management. It also identifies the contingent factors that determine when technologies can provide more, and when less, to these networks. These contingent factors coincide with those that appear in the initial propositions, except that geographical distance is considered contingent now only with the intensity to which IT is used, and not with the type of IT used. The long-term relations, moreover, help to improve the synergies of the complementary resources and capabilities of the network firms. These resources and capabilities include IT and the ability to use it appropriately. 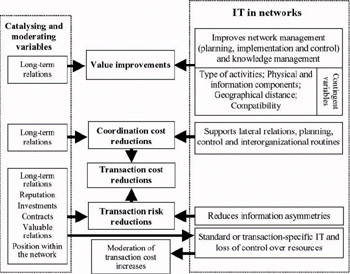 Figure 2: The role of IT in the formation of networks

With regard to coordination costs, as can be seen in Figure 2, the support that IT provides to lateral relations, planning, control, and inter-organizational routines, as well as the catalyzing role of long-term stable relations, led to reductions in coordination costs. However, the expected support for mutual adaptation disappears from this model, considering that it is a coordination mechanism that to a large extent requires the personal contact that IT cannot provide.

The contribution of IT to the reduction of transaction risks is fundamentally based on the reduction of information asymmetries, because investment in standard IT does not appear to have the expected risk-reducing effect. On the other hand, specific IT and the probability of loss of control of information resources do not increase the transaction risk as was thought. This is due to the intervention of various moderating variables, such as the value provided by the relation and the position of power in the network, in the first case, and contractual safeguards in the second. In short, the paradox that was threatened in the initial propositions does not occur.

In addition to these new variables—the value of the relation, the position in the network, and the contracts—we also detected the long-term relations based on mutual confidence, the reputation for behaving fairly in relations, and specific investment among firms in the network.

This work has some limitations, which may be due to the study’s qualitative nature. Thus, with regard to the fieldwork, it is inevitable that the facts observed in an external reality are reflected from the researchers’ perspective (Rorty, 1979). This disadvantage has been methodically combated as far as was possible (through the use of triangulation of the sources of evidence and by comparing the results with the opinions of the managers involved), in order to obtain the truest reflection of reality, that is, internal validity. However, and although this may not be much consolation, problems of subjectivity are not exclusive to qualitative methods but also affect quantitative methods (Bonache, 1999).

We might mention some future research directions. It would be interesting to find alternative or complementary explanations to those given here by using other theoretical frameworks. For example, Population Ecology (Aldrich & Pfeffer, 1976; Hannan & Freeman, 1977; Aldrich, 1979) could analyze if the network structure, and the use of IT in it, has allowed firms to survive. The Resource Dependence Theory (Pfeffer & Salancik, 1978) could study if IT is useful in controlling network members. Institutional Theory (Meyer & Rowan, 1977; DiMaggio & Powell, 1983; Powell & DiMaggio 1991) may be able to explain the imitation of networks as a form of governance, and the use of IT in this, in a firm’s search for institutional legitimacy. Finally, the sociological perspective may help us to understand the social complexity behind some inter-organizational networks (Boisot, 1986; Hamilton, Zeile, & Kim, 1990). Clearly, a more multidisciplinary treatment would have improved the analysis presented in this chapter, but it would hardly have been feasible, because combining too many approaches would have vastly increased its complexity.

Finally, the model presented here will be useful for analyzing stable strategic networks. But this model could also be extended to include dynamic networks: those in which firms work together for a specific project or product and then separate at the end to form new networks, subsequently. Some authors call this type of network virtual corporation (see, for example, Nagel & Dove, 1991). Such structures require the firm to possess capabilities of collecting information and looking for new firms with which to transact, negotiating with them and building in safeguards or guarantees of some kind (all these generators of transaction costs that were not considered for stable networks), as well as the capabilities to coordinate and manage the network. The model presented in this work would be affected by the particular characteristics of dynamic relations, and IT would also be a key factor.