9. When does a patent expire or otherwise come to an end?

Another common reason why patents expire is that the patent owner fails to pay required maintenance fees. Usually this occurs because attempts to commercially exploit the underlying invention have failed and the patent owner chooses not to throw good money after bad.

A patent may also be declared invalid (and no longer in force) if it is later shown that the patent application was insufficient, that the applicant committed fraud on the U.S. Patent and Trademark Office (usually by lying about or failing to disclose the applicant’s knowledge about prior art that would legally preclude issuance of the patent), or that the inventor engaged in illegal conduct when using the patent—such as conspiring with a patent licensee to exclude other companies from competing with them.

Once a patent has expired for any reason, the invention described by the patent falls into the public domain: it can be used by anyone without permission and the patent owner has no more rights to the invention than any member of the public. The basic technologies underlying television and personal computers are good examples of valuable inventions that are no longer covered by in-force patents. 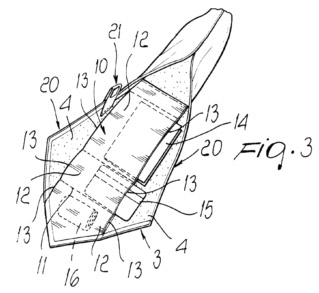