I was asked to speak at a dinner honoring 120 salespeople for having achieved Gold Circle status as top sales producers for the company. The purpose of my talk was to demonstrate that management was aware of the extraordinary effort it took to produce those results. I was also told that my talk should lift the spirit of the sales force and inspire them to go forward and do it again.

Here is the ending of that talk, the inspirational part:

When Mike introduced me, he mentioned that I was a former Navy pilot. I’d like to share a story that you can relate to, because it’s all about overcoming obstacles. And you wouldn’t be sitting here if you had let obstacles overcome you.

Begin at a point in time and place. The audience must be able to orient themselves or we lose them in the narrative.

When I was twenty-one years old, I enlisted in the Navy (people did that in my day because it was better than being drafted). Shortly after that I went to naval flight school and, a year-and-ahalf later, received my wings and became a naval aviator.

Next step was to be assigned to a squadron in Oceana, Virginia.

In a matter of days I was flying the hottest Navy jet there was at the time—the F7U-3 Cutlass. I was elated. The Cutlass was one of the first Navy planes to be able to break the sound barrier.

Now we set the stage. Notice in the next paragraphs, how the detail fuels anticipation for what might happen later. It draws the audience into the story by educating them a little bit and preparing them to better understand the outcome or lesson.

But that wasn’t as easy as it sounds. In those days, planes didn’t have the power or the airframe to break the sound barrier flying straight and level. Instead, the pilot had to get as much altitude as he could, then dive straight down, breaking through the sound barrier while diving toward the earth.

Nonetheless, I couldn’t wait. I had only been with the squad-ron a short time when I asked for the opportunity to go supersonic. First I had to go through a lengthy briefing, read manuals, and sign all sorts of forms.

The briefing was really interesting. We had only one pilot, our executive officer, Commander Jim Ferris, who had already broken the sound barrier, so he was the official briefer. During that briefing, he told me that just before going through Mach 1 (the speed of sound), at about Mach .97, the plane would start buffeting. Then as the speed inched closer to Mach 1, the buffeting would get so bad that I would be tempted to give up and abort the mission. (Each of you in this room has been in a similar position when the buyer puts up obstacles that seemed insurmountable.)

Then Jim put his hands on my shoulders and said, “Kevin, you’ve got to commit yourself to getting the thing done, or you’ll back off at the last moment. You’ve got to close the exit doors in your mind or you’ll fail—because it’s scary, believe me.”

Then he said, “On the other hand, if you’ve got the guts and you do it, you’ll feel like a million bucks. You’ll be one of the exclusive few.” So I said to him, with all of the bravado of a twenty-two-year old, “Don’t worry about me backing off, Jim, I’ll stay with it.”

Now describe the action. Detail is important but notice how it’s not drawn out:

The next day, Saturday, was my day. I took off at 9:30 a.m., climbed to 47,500 feet, and headed for Dismal Swamp, a huge uninhabited tract of land in Virginia. In the center of the swamp is a lake, almost perfectly round, named Lake Drummond.

Then came the moment of truth. I was over the lake, full throttle, both afterburners on. I followed the procedure. I turned the plane on its back and pulled the nose gently through to the vertical. I was pointed directly at Lake Drummond. The Mach gage was rising. I saw .93, then .95, then .97. The buffeting began, not bad at first, then more and more. 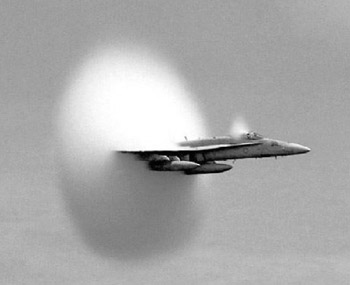 Figure 16–1: What breaking the sound barrier looks like. (Photo courtesy of authors.)

It was so violent my eyes were slightly out of focus. I couldn’t see clearly. My helmeted head bounced off the side of the canopy from one side to the other. Lake Drummond was coming up to meet me and coming fast.

I was at .99 and really scared. I wanted to abort. And I think I would have—except that Jim’s words about being committed were ever present in my mind, and I knew I couldn’t face him if I backed off.

So I gritted my teeth and held on.

Then, suddenly, it was perfectly smooth. I had broken through the sound barrier! The gage said 1.0, then a little more.

Then, just as suddenly, I realized that I couldn’t bask in that glory for long because that lake was getting bigger and bigger. I’d better change the direction my plane was headed in, or within a few seconds I’d be a wet, dead naval aviator, and none of this would matter very much.

So I pulled off the throttles and began pulling back the nose of the aircraft. It was over. I had made it. I had broken the sound barrier.

If you examine the story up to this point, you can almost feel that the audience needs a “wrap up” or an answer to the query, “So what does that mean?” or “How does that affect me?” That’s what the speaker must do now. But remember that an inspirational message must flow out of the story. It’s not an action step, as in a talk to persuade. It is simply a natural conclusion emanating from the story:

That was a great moment in my life, and I loved it, but I learned a lesson from that experience that I’d like to share with you. Let me restate it as Commander Ferris said it:

“You’ve got to commit yourself to getting the thing done.”

“You’ve got to close the exit doors in your mind or you’ll fail.”

And when you think about it, those words apply just as much to you as they did to me. You broke the sound barrier. You pushed beyond quota. You overcame obstacles. You wouldn’t be defeated. You closed the exit doors in your mind. You got the job done. That’s why we are all here tonight for this special celebration.

So tonight I salute you, and your management salutes you. You have achieved Gold Circle status. You are among the special few. My congratulations!

In both of the examples, you can feel how the audience enters into the story and relates the events to their individual lives. The stories deal with essential human values (inspirational talks always do). They appeal to the nobler motives of the people in attendance. The audience is uplifted.

The talk to inspire is all about sharing. You are sharing an experience that profoundly affected you. The impact on the audience depends on you showing its impact on you. As a Roman poet once said:

If you would draw tears from another’s eyes, yourself the signs of grief must show.

Most speakers never attempt to give an inspirational talk. There is a “sound barrier” that stands in their way. They are willing to give a talk to inform or to persuade or to convince. But the thought of being inspirational frightens them. They are afraid to extend themselves into an emotional area. Afraid they won’t get it right, that they are taking a chance; afraid that they will look foolish if they show their feelings. Afraid that the talk will expose their vulnerability, their soft side, their humanity.

Indeed, it does. And therein lies its power and its magic.

Where does the talk to inspire fit in your repertoire as a speaker? It’s the top of the ladder, the peak of the mountain. It demonstrates that you have broken through as a speaker. You have gone where few speakers dare to go.

And you will be remembered for it. You will breathe life into an audience. You will change the way people look at the world. You will make a difference in their lives. You will become one of the exclusive few. It will take a commitment on your part. You’ll have to “close the exit doors in your mind” to achieve it.

But once you give a successful inspirational talk, you’ll feel on top of the world. So will the audience. And all will know that you shared an important moment together.