Object-oriented programmers determine the functional relationship among objects in order to help them understand how objects work together to achieve the goal of the application.

A one-to-one entity relationship is where one entity is related to only one instance of another entity, such as one student has one dorm room.

A one-to-many entity relationship is where one entity is related to many instances of another entity, such as one student takes multiple courses.

A many-to-one entity relationship is where many instances of an entity are related to one instance of another entity, such as many students are assigned to one course.

An entity relationship diagram contains three components: entities, the functional relationship, and a ratio that indicates the type of relationship. Look at Figure 7-4 to see how these components are used.

Figure 7-4: tionship diagram of a student entity and a course entity

The type of a relationship is represented by a ratio. The student ratio 0:N means that a student can register for no courses or many courses. The N in the ratio implies any number. That is, a student can still be a student at the college without having to register for a course. The course ratio 0:N means that a course might have no students enrolled or many students enrolled. That is, the college can offer a course and no one enrolls in the course.

The ratio changes once a student registers for a course to reflect a change in relationship among the entities. The student ratio is now 1:N, meaning that the student registered for at least one course, but could register for many courses. Likewise, the course ratio is N:1, indicating that many students can enroll in one course.

Programmers use an entity relationship diagram to help in the design of their application so as to ensure that the application can handle all possible relationships. For example, the registration application must be able to handle a course without an enrollment and a course where any number of students can be enrolled.

Each level illustrates entities and processes. As the programmer drills down into the leveling diagram, they learn more details about each process. Figure 7-5 shows the first level of a leveling diagram that depicts how the bursar collects tuition from students. 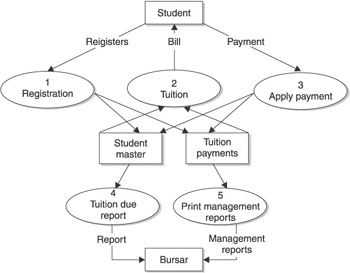 Figure 7-5: The first level of the leveling diagram shows all the processes involved in how the bursar collects tuition from students.

Rectangles are used to represent entities, which are Student and Bursar in this example. Circles represent processes, such as registration, tuition, and payment of tuition. Also, two parallel lines are used to signify a data store, which is simply a place where data is stored. This example has two data stores: one that stores student information and another that stores tuition information. Arrows are used to show a movement of data among entities, processes, and data stores.

Notice that each process is assigned a unique number. This number is used to connect the first level with lower levels of the leveling diagram. Take a look at Figure 7-6 and you ll see how this works. 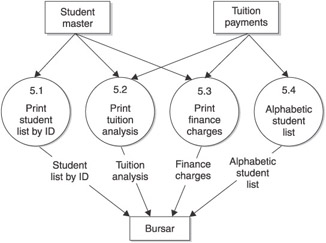 Figure 7-6: Level 2 of the leveling diagram shows details of the Print Management Reports process from Level 1.

The same progression is used for subsequent levels. For example, you would look in Level 3 at process 5.1.1 to learn the details of the process used to print the student list by ID.