Parts of a Binary Tree

Parts of a Binary Tree

Although we introduced the concept of a binary tree with terms commonly used when referring to a tree, programmers established different terms to refer to parts of a binary tree. Let s take a moment to become familiar with those terms. 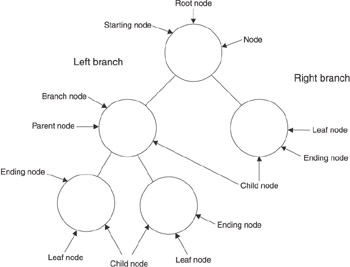 Figure 10-2: A binary tree is comprised of several nodes, each of which are related to other nodes on the tree. 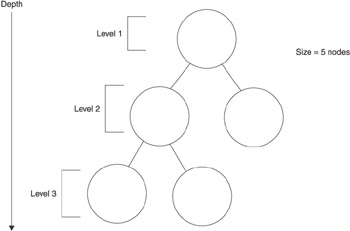 Figure 10-3: The number of levels in a tree defines a tree s depth, and the number of nodes defines the size of the tree

The size of a tree is the number of nodes in the tree. For example, the first level in Figure 10-3 has one node, which is the root node. The second level has up to two nodes, which are the child nodes of the root. The third level may have up to four nodes. Programmers estimate the size of a tree by using the following formula.

Let s say the binary tree has five levels, which is a depth of 5. Here s how you estimate the size of the tree:

The size is an approximation because the tree may or may not be balanced. A balanced tree is a binary tree where each current node has two child nodes. An unbalanced tree is a binary tree where one or more current nodes have fewer than two child nodes. This formula gives you a rough idea of how well balanced the tree is. Binary trees are usually used for very large data sets. The formula is not terribly accurate for the small tree shown in Figure 10-3.