Getting to Know the Linux Terminal and Command Line

Many people shy away from Linux because they envision it as a system for compu-geeks: an environment in which you do everything the hard way by command line. In this era of graphical interfaces, the idea of typing commands to get things done seems a dreadful throwback to the days of DOS, and that puts many people off — especially those who remember what it was like in those “old days.”

This reaction is fair enough, but it is not really an accurate reflection of the reality of the Linux world. After all, most Linux users today utilize some sort of graphical interface. They can, and often do, achieve all that they hope to achieve through drop- down menus and mouse clicks alone. Many are able to survive quite happily without ever once opening their Terminal. The same could be true of you.

Be that as it may, there is still much to be said for the power and convenience of the command line. The fact that the command line can now be utilized within a graphical environment provided by the Terminal application also makes it much less forbidding. The Terminal is just a tiny text-based island in a sea of graphical bodies (see Figure 9-1). Using the command line can be as harmless as anything else you do on your system, and it can actually provide you with a little fun if you are willing to give it a try. 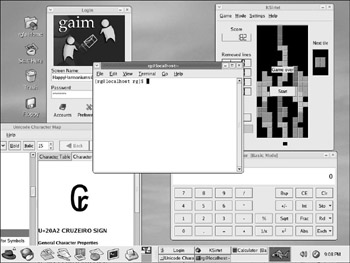 Figure 9-1: Putting the Terminal in perspective

Unfortunately, many guides to using the command line are written by hard-core command-line junkies, whose enthusiasm for what they see as a really good thing inadvertently makes what they write seem even more off-putting than it already seems to the recent Linux immigrant or wannabe.

For your sake, I will try to curb my own enthusiasm so as not to scare you right back to Chapter 8 and the seemingly safe world of RPMs. I will also try to help you keep things in perspective by teaching you, whenever possible, to use the command line as a complement to the various graphical tools that you have at your disposal, rather than presenting it as the sole way of going about things. Of course, I am not going to cover every possible angle in this regard — just enough to give you some exposure and experience and, hopefully, make you feel at least a little more at ease with the command line. Who knows; you might actually come to think of using the command line as . . . fun? Well, I won’t get too carried away.