Open a fresh Flash movie and drag the FlushTextEffect component to the stage. The first thing you will notice is that text is in the component already, as shown in Figure 7.4. This is actually a live preview that displays the set of text to be animated, and it will change when you change the component's parameters. Do not mess with the parameters just yet; we are only experimenting for now. 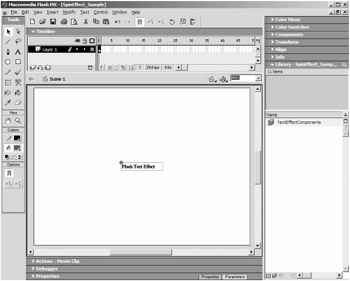 Figure 7.4: The live preview shows what the text will look like when fully animated.

Test the movie by pressing Command/Ctrl+Enter. The movie starts with a blank screen, and then small pieces of the text gradually come into form until the entire set of text is visible. Then, shortly after the text has been fully uncovered, the animation reverses itself and the text dissolves back to blankness. Really, the effect is quite simple. Many small rectangles having the same color as the background are fitted to cover the text exactly. Next, they start to shrink to point size, slowly uncovering the text that lies beneath, as shown in Figure 7.5.

Figure 7.5: The Flush Text effect in midaction. The text is uncovered slowly by a series of animated rectangles.

You will notice that the text continuously animates in and out in a loop. This is because only one set of text is entered in its parameters. One of the most powerful features of this component is that you can enter any number of text sets into an array; the component will cycle through the sets, performing the animation on each. The parameters also allow you to customize what the component should do once it has cycled through all the text sets; it can either go back to the beginning and start over or simply quit and remove itself from the stage.

Table 7.1 is an exhaustive list of the parameters you can customize in the FlushTextEffect component.

There are just a few things we should discuss when looking at these parameters. Firstly, the text font parameter says we can use HTML in our messages, but what exactly is Flash-compliant HTML? The only tags supported by Flash are <a>, <b>, <font color>, <font face>, <font size>, <i>, <p>, <br>, and <u>. Any other tags will produce unreliable results.

Also, the values for Flush Density X and Flush Density Y should be used in strict moderation. Using large values for these parameters will slow down the user's computer due to the number of rectangles being animated. To calculate the number of rectangles, simply multiply together the values you enter. So, if each density is 10, then 100 rectangles are being animated. Obviously, these numbers will grow very large with even small increases in the individual densities. Fortunately, this is one of those cases where greater numbers do not necessarily result in a better effect. Even with very small values for the densities, you can pull off a unique effect.

The next, FlushEffect02_Sample.fla, demonstrates that small flush densities can give a very clean look to the effect, which also runs smoother because it contains fewer rectangles. I've reduced each flush density to only 4, which is 16 rectangles total, and yet the effect is still very effective. Also, I used the line break tag to create sets of text that flow into two lines, as shown in Figure 7.7. Be sure to keep in mind that the component is not restricted to only one line of text.

Figure 7.7: Text can flow into two or more lines through the use of the line break tag <br>.

In the file FlushEffect03_Sample.fla, I have used the exact same parameter settings as in the previous file, with the exception that the density values have been increased. Each flush density is now 15, which results in 225 rectangles. If you test this movie, you can see that smaller bits of the text become visible (as shown in Figure 7.8), and it appears to be smooth. However, if you had any other animations or actions playing elsewhere in the movie, you would see a noticeable drag in their performance. On top of that, the effect is not much better compared to the previous file, so in general the CPU lag is not worth it.

Figure 7.8: The increased flush densities do not necessarily result in a better effect.

With these examples, you should start to see how you can use this text effect in your own files. You can also experiment with using the effect to flash bytes of text in a banner or to display instructions to a viewer. However, always keep in mind that the component can truly bog down someone's computer if not used in moderation. Using many instances of this component on the stage is not a good idea.