Another way to insert a table is to interactively draw it, in much the same way that you draw lines or rectangles in a drawing program. To draw a table, choose Draw Table from the Table menu or click the Tables And Borders button on the Standard toolbar.

When you choose Draw Table or click the Tables And Borders button, Word does the following: 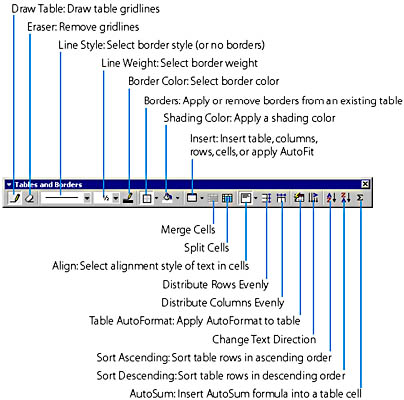 Figure 9-6. The Tables And Borders toolbar.

You can now create a table using the Draw Table tool, as follows:

If you draw the gridlines around an existing paragraph of text, that paragraph will be included within the table cell.

TIP When the Draw Table tool is selected, you can press the Shift key to temporarily convert it to the Eraser tool for conveniently removing one or more gridlines.

When you draw a table using the Draw Table tool, the way the gridlines are marked depends on the current selections in the Line Style, Line Weight, and Border Color tools on the Tables And Borders toolbar. If you choose No Border in the Line Style list, the gridlines will be marked with light gray lines, provided that the Show Gridlines option on the Table menu is selected. These lines will appear on the screen but won't be printed. If you choose a border style in the Line Style list (such as a single, double, or dotted line), the gridlines will be marked with borders that appear both on the screen and on the printed copy, and the appearance of these borders will be affected by the settings in the Line Weight and Border Color tools.

Note that changing a setting in the Line Style, Line Weight, or Border Color tool affects only the table gridlines that you subsequently draw or redraw with the Draw Table tool; it won't affect table gridlines that you have already drawn. (These tools also affect borders that you subsequently apply using the Borders tool.) Later in the chapter—in the section "Using Borders and Shading"—you'll learn how to add, modify, or remove borders in a table you have already drawn, and also how to apply shading to table cells. Borders and shading are discussed in a separate section because you can apply them to text outside tables, as well as to tables.

As you can see in Figure 9-6, the Tables And Borders toolbar provides a number of buttons that you can use to easily modify existing tables. So you might want to display this toolbar whenever you work with tables, even if you don't use the Draw Table tool.