Getting Ready to Measure

What you're going to do in the second phase of the site assessment is to try to see the invisible. The best way to do this is to perform an RF site analysis to ensure that the proposed RFID installation can operate within the planned environment at optimal performance. Sounds easy, right? Unfortunately, it's about as easy as separating those Play-Doh colors from each other, because the complexity of invisible electromagnetic waves in your working environment makes sure that it's not a simple task.

The site assessment is important to help you see the invisible-the other forms of radio frequency communication going on, intentionally or otherwise, where you want to install your reader network. The vast majority of U.S.-based RFID systems operate in the Industrial, Scientific, and Medical (ISM) band of 902–928 MHz, which is an unlicensed frequency in the United States. (The range is 864–870 MHz in Europe.) Other devices that use this same unlicensed band include cordless phones, long-range radios, barcode devices, alarm systems, real-time location systems, and many other gadgets looking to communicate without having to worry about expensive spectrum licenses from the Federal Communications Commission (FCC).

With all these devices vying for the same communication space, intermodulation, or signals getting "crossed" and data collision where several tags try to send their information back at once, are inevitable if more than one system is operating in that ISM band. Data collision is also messy, costly, and a real bear to clean up. But you can prevent a nasty cleanup job by performing a thorough RF site assessment. Consider the following points to plan for and execute a successful site assessment:

This method of capturing all the relevant data is called a full Faraday cycle analysis. This fancy-sounding name represents a way of gathering time-dependent spectrum analysis data across a specific band of operation at the exact locations where you'll be setting up an RFID interrogation zone. For your site assessment, this band is the 902–928 MHz (ISM) frequency band. A full Faraday cycle analysis ensures that before you begin building your RFID network, you will have all the data you need to make the right decisions regarding the type of hardware and the way it should be configured. And it will also help you understand any challenges you may face or systems you'll have to work around.

Getting the Right Test Equipment

The good news about an RFID deployment in ultra-high frequency (UHF)-at least for the United States-is the same as the bad news: the frequency band used requires no operating license or permission from any governing bodies, and the same holds true for low frequency (LF) and high frequency (HF). Although the FCC has strict rules governing operation in this FCC-allocated band (see FCC rules part 15: Industrial, Scientific and Medical Equipment, which you can find online at http://wireless.fcc.gov), no operating license is required if you comply with the rules. So before you deploy an RFID system, you need to become an RF detective by setting up test equipment to find out what other signals are already active in the target area and may affect the RFID performance. This is particularly important with UHF because the UHF communication and thus interference carries much farther distances than HF or LF.

You need the following equipment to correctly set up an RFID site assessment for UHF:

Setting Up for RF Testing

As you set up your RF testing equipment, keep in mind that you want to gather data over a period of time that is representative of the normal business cycle. This is summarized by the full Faraday cycle analysis, which is described in detail later in this chapter. Make sure that normal (or close to it) operations can take place after you put the equipment for receiving signals and searching out interference in place. Although it might be easiest to test a warehouse on a Saturday morning when no one is around to get in your way, that is the worst possible time to get a true picture of the RF noise that is likely to occur. As crazy as it may be, pick the busiest time for your location and that will make the setup and deployment of your network easier by an order of magnitude.

Follow these steps to set up the test equipment: 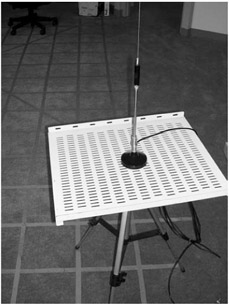 Figure 3.1: An antenna at the center of a target area

After the antenna is in the middle of the proposed interrogation zone and attached to your correctly tuned spectrum analyzer, the virtual screen on your laptop or the video screen on the spectrum analyzer should be active. If you're seeing either one of these, you're ready to start the testing.