In the assembly phase, an assembler puts together both the WAR and EJB-JAR files and merges them into an EAR file. The assembler is responsible for examining both types of files and customizes fields in the deployment descriptor file.

Finally, the deployer examines the EAR file, resolving any external dependencies, and configures the application to execute and deploy in an operational environment.

Several different development models exist within the Java environment. They include the time-tested traditional client-server model, which is similar to the web services client-server model. A client submits an HTML-based request to the server for processing server-side business logic. This process typically involves submitting updates, deletes, storing, and retrieving data to a relational database. Other traditional development models include the following:

In the remote presentation model, commonly referred to as the thin client paradigm, the only tool a client needs for communicating with the server is a web-enabled browser for submitting HTML-based requests via the HTTP transmission protocol to the server. This model represents a simple request-response solution. All business logic sits on the server. The user invokes the desired web service, which redirects the client request to a service provider. This development model offers the following benefits:

Developers face minimal challenges when utilizing this model. They must deal with exception handling and noncompliant user agents—that is, the inconsistencies between Netscape, Mozilla, Opera, and Internet Explorer. For example, an HTML presentation in Internet Explorer differs from a servlet streaming HTML raw output to a Netscape browser. Presenting a consistent display to the client requires extensive testing and making provisions for outputting the correct formatted data in different browsers by querying a browser for its version, for example.

Figure 2-2 represents a client-side presentation model and demonstrates how it interacts with servlets, Java Server Pages, and their access to the business model layer, containing both traditional JavaBeans and Enterprise JavaBeans. The EJBs reside within a web container. The figure also shows how business beans access the data source layer. 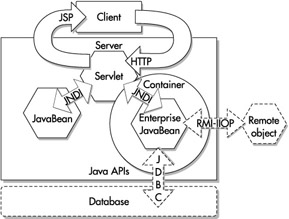 Figure 2-2: Applying a filter to the J2EE’s infrastructure

The web server is a server-side program that invokes a servlet to manage and execute a server application. The servlet’s chief task extends the functionality of a web server and functions in two separate capacities. It can stream HTML to a client as a response to its request, or it can serve as manager by receiving client requests and delegating the task to the appropriate JavaBean or Enterprise JavaBean for business logic processing. Once the task is complete, the servlet calls a Java Server Page to stream the results via HTML back to the client. The latter role is preferable because it separates presentation data from business logic.

Servlets interface with existing JavaBeans or Enterprise JavaBeans. In either case, they access databases or transactional systems, providing such core services as user authentication, authorization, and session management. The servlet’s life cycle defines the business process by loading the servlet into memory, executing the servlet, and finally, unloading it from memory. The client provides a URL that identifies a specific servlet in order to access the servlet and leverage its services.

Servlets offer excellent security by running within the context of a container such as WebSphere’s application server. The container is responsible for providing low-level application services such as automated garbage collection, memory management, user authorization, and authentication.

RPCs are synchronous, and using them has a significant drawback. Synchronous calls mean the calling program is blocked until the procedure returns a response. The Remote Method Invocation (RMI) solution allows developers to transmit messages remotely to an object. RMI includes a naming registry, which tracks instances and associates them with remote objects. Remote objects use the activation service to activate a server object at the behest of a client when it requests the service.

All distributed object protocols are built using the same architecture. This design makes an object residing on one computer look as though it sits on a local machine. This model contains three components: the business object, the stub, and the skeleton.

The interface implementation contains both business logic and state for the Widget:

The next step is providing a way to make the WidgetServer accessible to a remote client. The Widget_Stub and Widget_Skeleton are logical choices for this task. The Widget interface describes the concept of a Widget independent of the implementation. The WidgetServer implements the interface to support both business logic and state; the Widget_Stub implements the interface so it can represent the Widget object on the client and send requests to the skeleton, which forwards requests to the object. Here is the stub:

A String token is created and streamed to the skeleton when a method is invoked on the Widget_Stub. The token identifies the specific method invoked on the stub. Next, the skeleton parses the token and calls the corresponding method on the business object, and subsequently streams back the result. When the stub reads the skeleton’s reply, it parses the value and returns it to the client. This process actually makes the stub look as though it were processing the request locally.

Here is the skeleton code:

The Widget_Skeleton directs requests received from the stub to the business object, WidgetServer. The Widget_Skeleton functions solely as a listener awaiting stub requests. When it receives a request, the skeleton parses it and delegates the task to the corresponding method on the WidgetServer. The business object’s return value is streamed back to the stub, returning the result and making it look as though it were processed locally rather than remotely.

The final step in describing the roles of both stub and skeleton is creating a client that utilizes the Widget:

The client application demonstrates how the stub is used on a client machine. Note how the client is unaware that the Widget business object is in reality a network proxy to the business object on the middle tier.

Summarizing the functionality for this example, the developer creates an interface that extends the java.rmi.Remote interface. This interface describes all remote methods that a client object can invoke. Then, the developer creates a server class to implement the newly declared subtype that extends the java.rmi.Remote interface. The final step involves using the RMI compiler (rmic) to accept the subtype of the remote interface as an input parameter and generate both a client stub class and server-side skeleton class, in addition to creating object instances of them. These two classes then interact with the RMI reference layer.

The following steps are required for establishing a database connection and manipulating data:

Replication is the key to distributed data processing. This business solution requires data management on both client and server. The administrator must synchronize both client and server databases. The drawback to this scenario is that it is a proprietary solution. Concurrency is also an issue.