The Benefits of Storage Networks on Business Applications

As stated previously, storage networking technology is being implemented to deal with extreme congestion and scalability issues within enterprise data centers. (See the Metro Data Areas sidebar earlier in this chapter.) IT management can expect the following benefits with the design and implementation of storage networking configurations and solutions.

Figure 2-7 demonstrates the shift from centralized data access to networked data access for both SAN and NAS configurations, respectively. The platform benefits are clear, more servers can connect and utilize storage devices concurrently, thereby eliminating congested access to single servers, as well as the complexities and overhead involved in maintaining multiple copies of data for each server. From the business application perspective, this allows the application logic to be distributed throughout the servers, maintains centralized access to the data associated with the application, and eliminates a single point of failure for the application. 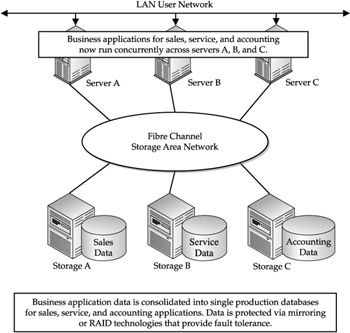 Figure 2-7: Moving to networked data access with a SAN

Faster Access to Data Through Improved Bandwidth and Centralized Configurations

The increased bandwidth associated with moving to storage network configurations has clear advantages in the amount of data transferred. Data now moves up to two times faster using Fibre Channel protocols than directly connected storage devices using SCSI protocol. Within SAN environments, this requires a new network using Fibre Channel (FC) protocol. NAS configurations offer even higher levels of Ethernet speed when configured on dedicated subnetworks that do not conflict with client network traffic. Both technologies allow for configurations that can sustain an increased number of business application transactions while setting a foundation for maintaining consistent and reliable response times.

As noted previously, there are multiple maintenance/support applications necessary to maintain platform environments. Figure 2-8 demonstrates the capability of devices within a SAN configuration to communicate with each other, thereby allowing many of the sever-based, datacentric maintenance/support applications to be optimized. Support applications can now be offloaded from the initiating server, which means data is copied from storage network device to storage network device (for example, disk-to-disk, disk-to-optical, disk-to-tape, and so on). Most business applications suffer during this maintenance process because data is unavailable during the time it is being copied . Although necessary for maintaining storage backup procedures and policies, this type of operation (in other words, copying data directly from device to device) can greatly improve the availability of business applications by reducing the time data is unavailable. Unfortunately, NAS suffers from its server-based architecture (albeit a thin server) and attachment to an Ethernet network. Backup and recovery operations are generally handled by a dedicated sever within the subnetwork. Presently, NAS configurations do not allow for optimization strategies such as device-to-device communication, as done in SAN configurations. 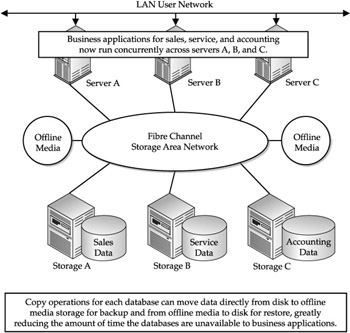 Figure 2-8: Device-to-device communications within a SAN