This lesson provides a general introduction to network operating systems (sometimes referred to as NOSs). It describes the basic features and functions of an NOS and contrasts these with the capabilities of a stand-alone operating system.

Novell's NetWare is the most familiar and popular example of an NOS in which the client computer's networking software is added on to its existing computer operating system. The desktop computer needs both operating systems in order to handle stand-alone and networking functions together.

A computer's operating system coordinates the interaction between the computer and the programs—or applications—it is running. It controls the allocation and use of hardware resources such as:

In a networking environment, servers provide resources to the network clients, and client network software makes these resources available to the client computer. The network and the client operating systems are coordinated so that all portions of the network function properly.

A multitasking operating system, as the name suggests, provides the means for a computer to process more than one task at a time. A true multitasking operating system can run as many tasks as there are processors. If there are more tasks than processors, the computer must arrange for the available processors to devote a certain amount of time to each task, alternating between tasks until all are completed. With this system, the computer appears to be working on several tasks at once.

There are two primary forms of multitasking:

Because the interaction between the stand-alone operating system and the NOS is ongoing, a preemptive multitasking system offers certain advantages. For example, when the situation requires it, the preemptive system can shift CPU activity from a local task to a network task.

A network operating system such as the one shown in Figure 4.1: 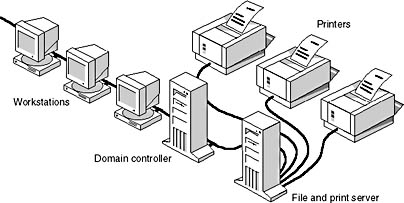 Figure 4.1 A network server ties the network together

In a network environment, however, when a user initiates a request to use a resource that exists on a server in another part of the network, the request has to be forwarded, or redirected, away from the local bus, out onto the network, and from there to the server with the requested resource. This forwarding is performed by the redirector.

A redirector processes forwarding requests. Depending on the networking software, this redirector is sometimes referred to as the "shell" or the "requester." The redirector is a small section of code in the NOS that:

Redirector activity originates in a client computer when the user issues a request for a network resource or service. Figure 4.3 shows how a redirector forwards requests to the network. The user's computer is referred to as a client because it is making a request of a server. The request is intercepted by the redirector and forwarded out onto the network.

The server processes the connection requested by client redirectors and gives them access to the resources they request. In other words, the server services—or fulfills—the request made by the client.

Figure 4.3 The redirector forwards requests for remote resources onto the network

If you need to access a shared directory, and you have permission to access it, your operating system will usually provide several choices for how to access the directory. For example, with Windows NT you could use Windows Explorer to connect to the network drive using the Network Neighborhood icon. You can also map to the drive. (Drive mapping is the assignment of a letter or name to a disk drive so that the operating system or network server can identify and locate it.) To map to the drive, right-click the directory icon from the Network Neighborhood; a dialog box will prompt you to assign an available letter of the alphabet as a drive designator, such as G:. Thereafter, you can refer to the shared directory on the remote computer as G:, and the redirector will locate it. The redirector also keeps track of which drive designators are associated with which network resources.

Redirectors can send requests to peripherals as well as to shared directories. Figure 4.4 depicts the redirector on a local computer sending a request to a print server. The request is redirected away from the originating computer and sent over the network to the target. In this case, the target is the print server for the requested printer.

Figure 4.4 Request to print redirected out LPT1 to a printer on the network

Using the redirector, users don't need to be concerned with the actual location of data or peripherals, or with the complexities of making a connection. To access data on a network computer, for example, a user need only type the drive designator assigned to the location of the resource, and the redirector determines the actual routing.

With server software, users at other machines, the client computers, can share the server's data and peripherals including printers, plotters, and directories.

Sharing is the term used to describe resources made publicly available for access by anyone on the network. Most NOSs not only allow sharing, but also determine the degree of sharing. Options for sharing include:

For example, an office manager wants everyone on the network to be familiar with a certain document (file), so she shares the document. However, she controls access to the document by sharing it in such a way that:

To simplify the task of managing users in a large network, NOSs allow for the creation of user groups. By classifying individuals into groups, the administrator can assign privileges to the group. All group members have the same privileges, which have been assigned to the group as a whole. When a new user joins the network, the administrator can assign the new user to the appropriate group, with its accompanying rights and privileges.

Some advanced NOSs include management tools to help administrators keep track of network behavior. If a problem develops on the network, management tools can detect signs of trouble and present these in a chart, or other, format. With these tools, the network manager can take corrective action before the problem halts the network.

In Chapter 1, Exercise 1.3, we looked at a network planning problem. We saw that network planning decisions must take into account the services and resources expected or required of the network. Those resources, and how they are shared and accessed, are determined by the network operating system.

In planning a network, the choice among network operating systems can be narrowed significantly if you first determine which network architecture—client/server or peer-to-peer—best meets your needs. This choice can often be made by deciding which kinds of security are called for. Server-based networking allows you to include security capabilities well beyond those available to a peer-to-peer network. If security is not an issue, a peer-to-peer networking environment might be appropriate.

It is not uncommon to find both methods—a network service on the server and network client applications at each computer—in a single network. For example, a NetWare server is often implemented with a service for Apple computers, whereas Microsoft Windows network interoperability is achieved with a network client application at each personal computer.

When choosing a network operating system, first determine the networking services that will be required. Standard services include security, file sharing, printing and messaging; additional services include interoperability support for connections to other operating systems. For any given NOS, determine which interoperability services or networking clients are best implemented to suit your needs.

Run the c04dem01 video located in the Demos folder on the CD accompanying this book to view an introductory discussion of network operating systems.