It's obvious that you wouldn't have much of a game if you didn't give your players something to strive for. Objectives do just that. They define what players are trying to accomplish within the rules of the game. In the best-case scenario, these objectives seem challenging-but achievable-to the players.

Some games are constructed so that different players have different objectives, while other games allow the player to choose one of several possible objectives. Additionally, there may be partial objectives in a game that help the players to accomplish the main objective. In either case, the objective should be considered carefully because it affects not only the formal system of the game but also the dramatic aspects. If the objective is well-integrated into the premise or story, the game can take on strong dramatic aspects.

Some questions to ask yourself about objectives as you design your own games are:

Here are some examples of objectives from games you might have played:

Are there any generalizations we can make about types of objectives that might help us in our design process? A number of game scholars have made attempts to categorize games by their objectives-here are some of the categories they defined.[2]

The objective in a 'forbidden act' game is to get the competition to 'break the rules' by laughing, talking, letting go, making the wrong move, or otherwise doing something they shouldn't. Examples include Twister, Operation, Ker-Plunk!, and Don't Break the Ice. This is an interesting game type that isn't often found in digital games; perhaps because of its lack of direct competition or the difficulty in monitoring fair play. From the examples it's clear to see that there is often a physical component to games with this objective, sometimes involving stamina or flexibility, and sometimes just plain chance. 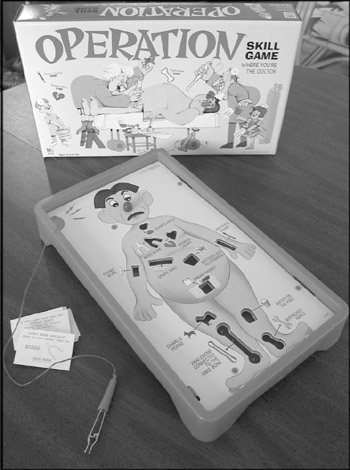 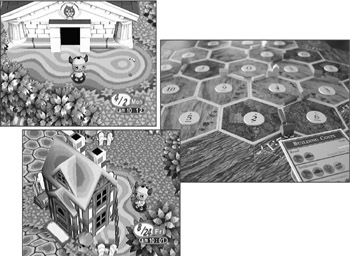 Not included in the work of the scholars mentioned previously, but interesting nonetheless, are objectives such as the following items.

This list is by no means exhaustive, and one of the most interesting things about objectives in games is when they are somewhat mixed. For example, the genre of real-time strategies mixes war with construction, forming a split focus that appeals to gamers who might not be interested in either pure war games or pure construction games. What you can do with a list like this is use it as a tool to look at the types of objectives you like in games, as well as those you don't like, and see how you might use these objectives in your own game ideas.

List out ten of your favorite games and name the objective for each. Do you see any similarities in these games? Try to define the type or types of games that appeal to you. 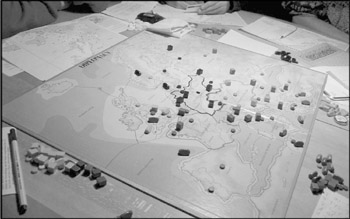