The Excel Query program developed for this book is a practical application of many of the tools and techniques that you learned elsewhere in this book. The program can easily be packaged as an add-in or work as a stand-alone workbook template, plus it combines various forms and toolbar elements into a cohesive program.

The Excel Query program is implemented as an add-in to Microsoft Excel. This add-in lets you perform database queries and return the results as part of a worksheet. The interface to the program is through a new command bar, named Excel2k3 VBA Query, and it has four main components: a drop-down list containing the queries that have been executed, a button to edit a query, a button to run the query, and a button to configure the database connection. (See Figure 24-1.) 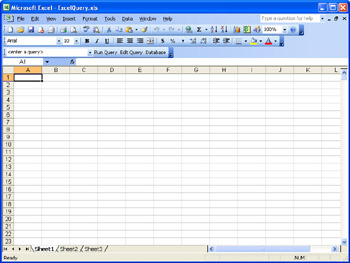 Figure 24-1: The user interface to the query program is through a new command bar added to Excel.

CD-ROM  The complete source code for the Excel Query program can be found on the Companion CD in ExcelQuery.xls.

Setting Up the Project

At the beginning of each module, you should add the following lines of code. The first statement forces you to declare variables before you use them, which helps to prevent typing errors. The second statement instructs Visual Basic to perform all string comparisons in a case-insensitive manner, which reduces the amount of code you need to write when comparing strings.

To execute any of the database code, the ADO database library needs to be added to the project. Choose Tools, References from the main menu and place a check mark in the box for the Microsoft ActiveX Data Objects 2.7 library. (See Figure 24-2.) Then press OK to close the dialog box and make the library available for use in your application. 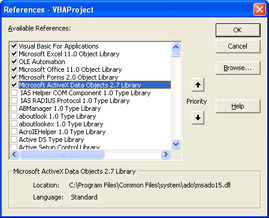 Figure 24-2: Use the References dialog box to add a reference to the ADO database library.

When the Excel Query program first starts, it uses the Workbook_Open event in the ThisWorkbook module to call the AddCommandBar routine that adds the Excel2k3 VBA Query command bar to Excel.

The AddCommandBar routine begins by disabling error checking with the On Error Resume Next statement. Then the routine tries to create an object reference to the Excel 2k3 VBA Query command bar by referencing its name in the CommandBars collection.

Once the program is certain that the command bar doesn't exist, it creates a new floating bar, which can be docked with the other command bars, as shown in Figure 24-1. The remaining statements in the AddCommandBar routine merely add the combo box control, along with the three control button controls used to manage the application.

Two of the actions associated with the command bar controls open user forms. The ShowDatabaseInfo routine shown below opens the DBInfo user form as a modal form.

The EditDatabaseQuery routine does the same thing with the DBQuery form.

The Workbook_BeforeClose event calls the DeleteCommandBar routine to ensure that all the changes it made to Excel's menus are removed prior to Excel shutting down.