We found that the processor requirement for each Domino server was the same. However, the total storage requirement of the Linux guest supporting two servers was more than double what we expected. But this storage could likely have been reduced. Thus from a capacity planning perspective, there seems to be no recognized added cost to running multiple DPARs

In the following user resource report, LinuxA and LinuxB are supporting the same amount of work as LinuxC. From this perspective, both CPU time and resident storage are equivalent in terms of CPU and storage per work performed. 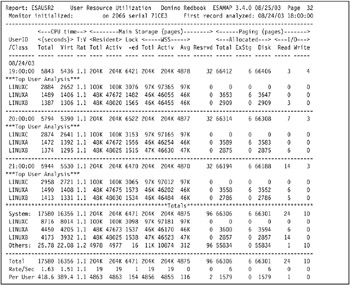 In the Linux storage analysis shown in Figure 11-20 on page 293, note that LinuxA and LinuxB each have 196 MB virtual machines, yet report 186 MB storage, reserving about 5% for the kernal. LinuxC was defined as a 392 MB virtual machine and reported 383 MB. 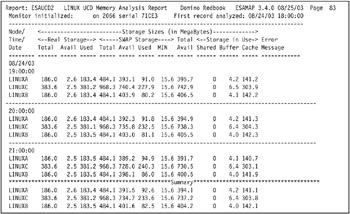 What was of interest is that the swap area for LinuxC was about 45 MB more than what was expected. This may be because the cache size was too large. Additional tuning could have dropped the machine size of LinuxC by 100 MB or so.

z/VM allocates pages to the virtual disk when Linux references the page, and it stays allocated even after Linux has de-allocated the storage. Thus, the virtual disk pages will always be higher than what Linux reports as allocated. But as seen in comparing the Linux data with the z/VM data, the trend is consistent. 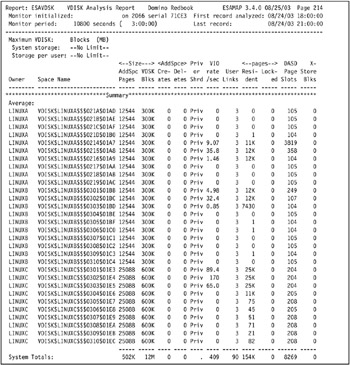