You can see all the system variables by typing in set at the shell. You will see a rather long list like the one shown in Figure 20.7. 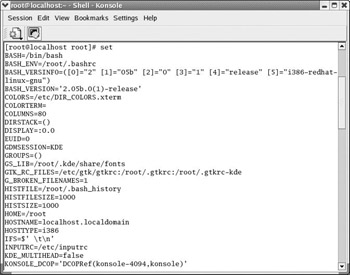 Table 20.2 lists some of the more commonly used system variables and their functions.

Type the following into your favorite text editor and save it as scriptthree.sh:

You should then go to the shell and enter bash scriptthree.sh. You will see something similar to what is shown in Figure 20.8. Of course, your display will be slightly different because your username and home directory are different.

So you can see that writing a script to display the system variables is not particularly difficult. Before we continue too far, we should examine this echo command a bit more closely. In addition to using echo to display system commands to the screen, you also can use it to echo simple text. You can use this text to inform the user of anything you want. Let’s look at the previous script, written to use the echo command to clarify the data we are displaying.

If you save this as scriptfour.sh and run it from the shell, you should see something like what is shown in Figure 20.9.

Figure 20.9: Adding to the script with echo.

As you can see, this script is more user friendly that the first one. Instead of displaying a list of values, it tells the user what it intends to display, and then it labels each value. You will find your scripts more user friendly if you use the echo command to provide the user with some additional information.

This means you provide some name for your variable, followed by an initial value to put in that variable. For example, you might have a variable that is designed to hold a person’s age. You would declare that in the following manner:

Of course, you can store more than numbers in a variable. Perhaps you want a variable to store last names. You would declare that variable in this manner:

The following variable declarations are all in error:

The third rule for you to remember is that variable names, like everything in Linux, are case sensitive. The following creates three variables named age, Age, and AGE, each with an initial value of 20.

This actually creates three variables named age, each with an initial value of 20.

The fourth rule regarding variable declaration regards null variables. A null variable is defined as one without any initial value. You can define a null variable by not assigning it any value after the equals sign, as you see here:

Creating a variable is not particularly difficult. Let’s examine a brief script that creates a couple of variables and prints their values to the screen.

Save this script as scriptfive.sh and run it from the shell. You should see what is shown in Figure 20.10.

Now we see how to create variables, but they will not be of much use unless we can do two things. The first is to put data in them. This will often be data from the user, so we need to explore how to get data from the user. We will also need to manipulate data arithmetically. Both topics will be examined in the next two portions of this chapter.