Intel Pentium III based on the Tualatin core and manufactured according to 0.13-micrometer technology is characterized not only by relatively high performance in nominal modes, but also by broad capabilities of running in overclocked modes.

The existing technological reserve ensures the possibility of increasing the FSB frequency, which controls both internal and external processor frequencies. Because the processor multiplier is relatively high, increasing FSB frequency 10 MHz — 20 MHz allows the CPU core frequency to be raised 120 MHz — 240 MHz. This frequency growth is accompanied by an increase in CPU performance and, consequently, overall system performance.

The results of performance analysis for Tualatin-based Pentium III processors operating in overclocked modes are presented in the following sections. 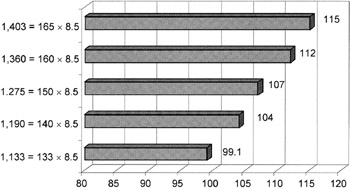 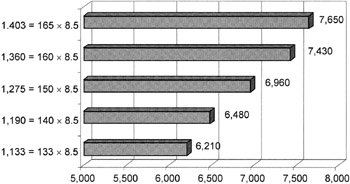