Ordinarily, hubs and authorities evolve over time without any preplanning or order. In this section the author takes a local approach to defining order to the Web graph by proposing a novel link-based model: hub and spoke (Figure 2). The key to the hub and spoke model is bi-connectivity. Bi-connectivity is achieved through collusion among members of the intended cyber-community. 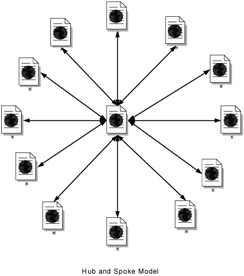 Figure 2: An illustrative example of the hub and spoke model

Researchers have made reference to cyber-communities as Web rings that take the shape of bidirectional stars (Kleinberg et al., 1999). In this model, there is one central page that links to and from a number of spokes. The hub and spoke model is based on the same premise but is explored in detail to suggest a well-disciplined approach to creating a cyber-community. Additionally, this model is simplistic and can be employed by Web developers who are not highly technical.

In the hub and spoke model, a social network of community-based organizations infers authority to the hub. This model confers authority to the hub because each spoke would have a hyperlink to the hub. Likewise, there are links from the hub to each spoke. Such a model would also infer a notion of similarity, authority, and relevancy among the Web sites. These three components provide a basis for determining the validity of the content documents, based on a structural analysis of the link topology and a mechanism to improve topic distillation. Ordinarily, such communities would evolve overtime. However, the author reiterates that the hub and spoke model takes a proactive approach to creating an online community in a centralized or planned fashion and provides control over the architecture of the Web graph.