A typical chain letter lists five addresses and urges you to send money ($1 or more) to each of the addresses. You then copy the chain letter, remove the top name from the list of addresses, and put your own name and address at the bottom of the list. Then, mail five copies of the chain letter to other people and wait for fabulous riches to come pouring into your mailbox within a few weeks.

To avoid the stigma of the chain-letter label, many chain letters claim that you must sign a letter stating that you are offering the money as a gift or that you are buying the five addresses as a mailing list. In this way, the chain letter claims you will not be breaking any laws.

Pyramid schemes often make a few people very wealthy, but at the expense of nearly everyone else at the bottom of the pyramid. Most pyramid schemes attempt to recruit new members through Usenet newsgroups or by spamming (see Chapter 16) multiple email accounts. As long as you realize that pyramid schemes need your money to make other people rich, you can learn to ignore pyramid scheme offers that come your way, no matter how tempting. (And if you want to con others out of money, there's no faster way than by starting your own chain letter with your name at the top.)

The prevalence of computers and the Internet has brought with it an electronic version of the chain-letter pyramid scheme known as Mega$Nets (see Figure 9-1). Unlike paper chain letters that require each person to be honest (and not put their own name at the top of the chain-letter list), Mega$Nets uses software to track a list of names and keep people from cheating. You often buy the Mega$Nets software for about $20 (although many people just give it away for free). 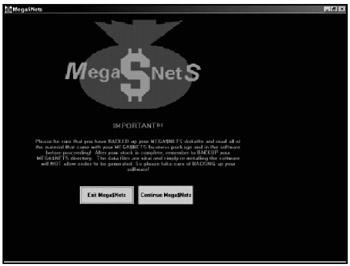 Figure 9-1: The Mega$Nets program is simply a chain letter in the form of a freely distributable program.

Once you have the Mega$Nets software installed on your own computer, a list of five names and addresses appears. You're supposed to send each person $20 and, in return, each person sends you a six-character computer code. After you have paid for computer codes from all five people, the program adds your name to its list. From this point on, you can sell (or give away) copies of the Mega$Nets program to others, who will have to pay you $20 for your special computer code so that they can put their names on the Mega$Nets list, and so on.

The Mega$Nets program prevents people from cheating in two ways. First, people can't erase someone else's name, because Mega$Nets stores the names in an encrypted file. Second, the only way you can put your own name on the Mega$Nets list (so others will send you $20) is to first pay all five people on your list $20 for their codes.

To view various websites created by people who got suckered into the Mega$Nets scam (as shown in Figure 9-2), visit your favorite search engine and look for the "mega$nets" string. 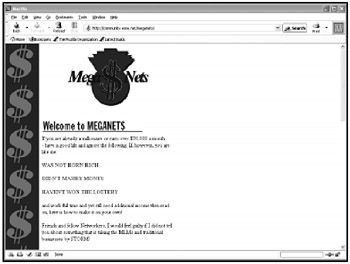 Figure 9-2: Many deluded souls have put up websites in an effort to convince others to download the Mega$Nets software and join in on the online scam.

Mega$Nets can be cracked by using a Visual Basic program that is whimsically dubbed Mega$Hack (as shown in Figure 9-3). Mega$Hack can edit the Mega$Nets encrypted data file so you can erase other people's names and add your name to the list without paying anyone $20 for their codes. By cheating, you can either convince others of the futility of relying on Mega$Nets to make money, or you can con others into paying you money because they think you legitimately joined Mega$Nets. 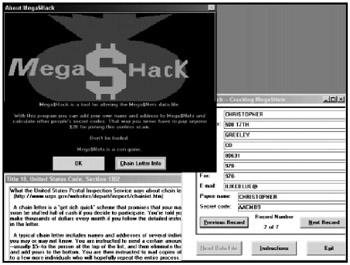 Steal This Computer Book 4.0: What They Won't Tell You about the Internet

Steal This Computer Book 2 : What They Won't Tell You About the Internet

The Hacker's Underground Handbook: Learn how to hack and what it takes to crack even the most secure systems!