As peripheral devices increased in both number and diversity, the need to connect these to the computer system quickly and efficiently also grew. With devices such as digital cameras , larger external and removable storage devices, scanners , printers, and network options, the diversity and flexibility of the traditional computer bus was expanded to include support for all these devices. The systems and storage industry responded with innovative solutions that enhanced and implemented the traditional computer bus with serial technologies and higher speed protocols such as Firewire. In this section, we discuss two of the most popular bus evolutions: the Universal Serial Bus (USB) and Firewire. USB and Firewire have been successful solutions in the workstation and PC industry. Other evolutions to the traditional bus architecture are evident in the opposite side of the spectrum in the super computer and parallel processing industries. These technologies, driven by complex computational problems, have resulted in creative architecture that bind multiple computers together applying their combined power. These architectures are characterized by their creative bus implementation in connecting hundreds of processors and peripheral devices together. We summarize some general configurations in our discussion of these creative bus strategies.

Like the SCSI standard, the Universal Serial Bus (USB) and IEEE1394 standard, Firewire, was developed into a product to serve the multiple and diverse types of external devices that can interface with a single PC or workstation user. Used almost entirely for single user systems, the bus concept is similar to SCSI in terms of a host adapter translating PCI communications to USB or Firewire adapters whose protocols communicate within serial bus architectures. One of the differences is the support for the diverse and often disparate number of peripheral devices requiring connection to single user systems. These devices range from mice to joysticks to optical scanning equipment. With the exception of CDs, storage has come late to this area and remains lacking in providing levels of functionality needed for server level implementation.

Both of these solutions are ways of expanding the I/O capability of computers; however, the use of USB or Firewire disks for large-scale commercial use has not taken hold. Although this came about for many reasons, it is primarily due to the direction the USB standard took to support asynchronous and isochronous data transfers within a half duplex architecture. This limited performance for any bandwidth gains provided by a serial connection. In addition, disk manufacturers have not supported the serial interface and command structure used with disk drive functions. Finally, the limiting number of devices that can be addressed and the inability to deal with advanced storage features such as controller/LUN functions and RAID partitioning will continue to orient USB toward the single-user PC market.

There are many ways of connecting peripherals to the server. Using the bus, network, and hybrid technologies that we discussed earlier, these strategies/implementations have evolved from the exotic innovations of supercomputing, alternatives to symmetrical multiprocessing (SMP), and developments within distributed computing architectures. All of these provide some type of high-speed interconnect between computing nodes that enable increased parallel computing tasks , allow support for larger workloads and increased data sizes, and which give way to increased overall performance scalability. These interconnects can be characterized as implementations of various bus and network technologies that produce non-standard configurations. Generally , these implementations demonstrate characteristics of a network with sophisticated data distribution functions that leverage specific CPU architectures (for example, IBM RISC-based systems, SUN Sparc systems, and Intel CISC systems).

There are three general types of high-speed interconnect topologies that have been commercialized. These are the shared nothing, shared I/O, and shared memory models. These models supplement the basic components of computer systems (for instance, RAM, CPU, and internal Bus), and provide an extension to a tightly coupled or loosely coupled set of distributed computer systems.

Figure 7-12 illustrates the configuration of a shared nothing system. These systems form the foundation for Massively Parallel Processing (MPP) systems, where each computer node is connected to a high-speed interconnect and communicates with nodes within the system to work together (or in parallel) on a workload. These systems generally have nodes that specialize in particular functions, such as database query parsing and preprocessing for input services. Other nodes share the search for data within a database by distributing it among nodes that specialize in data access and ownership. The sophistication of these machines sometimes outweighs their effectiveness, given that it requires a multi-image operating system (for instance, an OS on each node), sophisticated database and storage functions to partition the data throughout the configuration, and the speed, latency, and throughput of the interconnect. In these systems, both workload input processing and data acquisition can be performed in parallel, providing significant throughput increases . 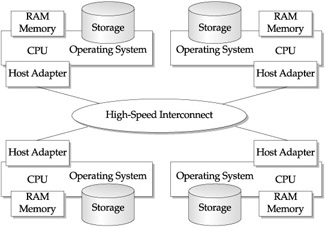 Figure 7-12: A shared nothing high-speed interconnect

Figure 7-13 indicates the configuration of a system that has shared I/O. Although more common than the MPP machines, the shared I/O requires the computer systems to share a common I/O bus and therefore extend the capability to provide additional access to larger amounts of data. Operation of these machines requires that a single image operating system control the operation of I/O and application processing across the computing nodes and shared I/O. These systems offer enhanced access to large amounts of data where I/O content can be large and multiple computing nodes must operate in parallel to process the workload. 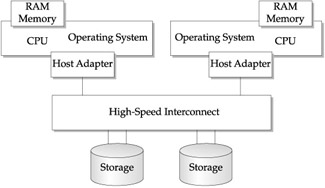 Figure 7-14 shows the most common of alternative interconnects: the shared memory model. This makes up most of the high-end SMP machines where multiple CPUs share a large RAM, allowing CPUs to process workloads in parallel with enhanced performance from a common RAM address space thats both physical and virtual. Also operating under a single image operating system, these systems enhance the capability to process workloads that are high-end OLTP with small I/O content. 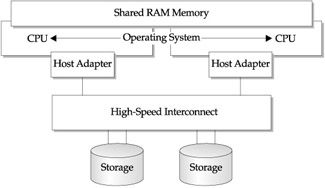