When I interviewed Mike Murray, he was vice president for human resources and administration at Microsoft, in charge of the vast personnel division at the world’s premier software company. Although he was then a youthful man in his forties, his executive position at Microsoft actually was the capstone of a distinguished career in the high-tech industry. His was a career marked by innovation and creative flair: for example, one of his early achievements at Apple Computer was helping to arrange the famous 1984 Super Bowl commercial in which Apple memorably defined its image as a torch- bearing liberator from the gray-flannel mentality of such competitors as IBM. At Microsoft, however, Murray was in a strictly administrative position, overseeing personnel matters that are often thought to be routine and bureaucratic. 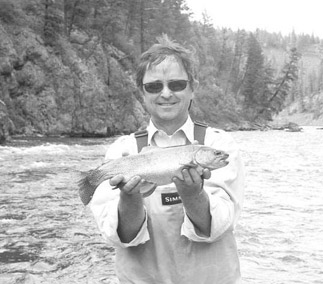 The true measure of any person is how he or she responds to situations that discourage his or her best instincts. Murray’s orientation to his administrative charge was anything but routine and bureaucratic. In fact, what struck me was his determination to do things in a way that promoted the highest purposes of the company as a whole. Murray’s purpose-driven approach required a whole new look at the procedures and incentives of the personnel system that he was managing. It called for the same kinds of creative talents that Murray had shown in his prior entrepreneurial roles, but this time in service of his administrative responsibilities. Murray’s case shines as an example of applying the moral imagination to the most mundane management matters.

Murray knew well what he was up against when he took the job. The situational constraints of the position were accompanied by a demoralizing bias that permeated the executive ranks. He told me: “American business has a general suspicion and in some cases disdain of the personnel practice, and I understand that. I used to be on the other side of the fence for years as a line manager or a marketing manager or general manager, and I viewed the people in these kinds of organizations as kind of necessary people to make sure benefit plans were put together and pay practices were consistent, but I never viewed it as a strategic function that could impact the company.”

As Murray reflected on the company’s basic purpose, however, he saw his human resource work in a different light. He infused his managerial role with his sense of Microsoft’s purpose:

In our kind of business, we are one of the pure intellectual asset- plays in the market today, meaning our assets are not some big piece of machinery in a factory, bolted to the factory floor. Our assets are the ideas that come out of the brains of our people. . . . In fact, we are obligated as the employer to provide a compelling environment so they’ll want to come here rather than to one of our competitors. We’ve got to provide them with complete information; information is power, so you want to have a very powerful workforce.

I don’t know how you can chain people to the assembly line and say, “Be creative every twenty seconds.” In fact, we don’t really know how software is created. It comes out of people’s minds and it’s some science, some engineering discipline, some just wild creativity. So you have this mix and it works for us.

The creativity that Murray sought to foster in his employees is a means to an end that he first envisioned when he began working in the computer industry decades ago. He was taken by the “democratization of technology”—the idea that “by getting technology in the hands of people . . . whether villagers in Bangladesh, or whether they’re schoolteachers or whether they’re Fortune 500 CEOs, good stuff is going to happen. Let’s lower the price, make it easy to use, and populate the world with it.” In this way, Murray says that he was “incredibly idealistic” and still retains the “idealism of wanting to make this a better place.” From the start, he says, “I had the feeling that what I was doing had some real purpose to it.”

Murray’s sense of purpose drove his concern not only for his companies’ products (in this case, computers and software) but also for the way that they were produced (by the employees’ hard work and creativity). In fact, Murray sees the two as inextricably inter- twined: the best work is done by workers who are treated fairly and respectfully. In this regard, he notes with admiration a comment that Bill Hewlett made shortly before he died. When asked to name the crowning achievement of his life, Hewlett chose the creation of the HP culture, known as the “HP Way”—a set of ethical standards that expressed the company’s commitment to treating its employees honorably.

Murray followed in the Hewlett tradition in his efforts to create personnel practices that maximized workers’ creative potentials through respectful treatment. He especially abhors the too common business practice of treating employees as nothing more than a means to the company’s ends—the idea that “whatever means it took to get to the end is okay, in terms of the way you manipulate people, yell at them, take them apart, destroy them, whatever.” The “HP Way” showed Murray that people who build their companies on a sounder set of human relationships not only build great companies but also take great satisfaction from doing so. The implementation of the “HP Way” was “the most important thing I did in my life.”

In the deepest sense, Murray’s sense of purpose reflects his spiritual faith. He is far from alone among the businesspeople whom we interviewed. As I’ve discussed in other chapters, a quiet religiosity or spirituality is often a pronounced part of many successful business leaders. But Murray is especially articulate in integrating his business mission with his religious beliefs. He sees his quest for creativity, in both himself and the employees in his charge, as directly benefiting from the inspiration that he receives from his faith in God. The benefits can be direct or indirect but are always linked to a moral and ethical life:

Prayer is the belief that God can provide inspiration for you in all aspects of your life. Now sometimes you may have to tough it out on your own, because it’s a required learning experience. Other times, and this is my own set of experiences but I can’t deny them, ideas get planted in your brain that have no business being there, and I can only think that they are coming through God.

And I’m not saying I sit here every day and say, “What should I do next, God?” and He tells me. Not at all—that’s silly. They happen occasionally and often times when you’re not expecting it, but probably you won’t get the privilege of having spiritual inspiration if you are doing rotten things in your life. If you’re cheating, if you’re lying, if you’re stealing, if you’re being bad, if you’re corrupting your mind with stuff that pollutes it, I don’t know how you’re going to feel the truth coming into you.

As explored throughout this chapter, the moral imagination plays multiple roles in business, some on the production side and some on the management side. It contributes to the generation of new ideas for products and services; it provides a backbone of support for these ideas when they seem risky or unproven; it suffuses these ideas with a magnetic energy that communicates the value of the ideas throughout the company; and it can help managers create ways to solve personnel problems and establish a workplace environment that maximizes their employees’ potential. All these uses of moral imagination are driven by a sense of purpose. The purpose, if it is to be truly inspirational for oneself and others, usually includes service to the customer, service to the company, or, beyond that, service to one’s deepest beliefs about the meaning of one’s life. In many cases these beliefs emanate from religious or spiritual faith, and even when they are strictly secular in nature, they often still have a transcendent quality. This is reminiscent of the ancient notion of “calling,” the idea that one feels called by a higher power to dedicate one’s work to a noble purpose.

Time and again, I heard these sentiments expressed by the successful business leaders I interviewed. Their particular purposes were varied, and the work that they did included all the assignments and responsibilities that people in business assume. Yet their sentiments were the same in all cases: work has meaning to the extent that it reflects a true purpose; a business career succeeds to the extent that it has meaning; and finding meaning and success in one’s work— any kind of work—is a creative act, relying on moral imagination.