The parameters characterizing the electromagnetic wave propagation are the electric field

and the magnetic induction

vectors produce actions by which it is possible to measure the electromagnetic field. The vectors

vectors by the following linear relations:

The coefficients µ and ¼ are respectively the permittivity and the magnetic permeability of the medium.

In the absence of charged particles, they are linked by Maxwell's equations:

Their resolution brings us to the Helmholz equation for each vector

belongs to the unit

) is then given by the following equation:

In sinusoidal mode, the oscillations of the vectors E and H are propagated in space perpendicularly one to the other in the form of a wave (Figure 14.1) at velocity v = ( µ¼ ) ˆ’ 1/2 . The time interval between two equal successive elongations in direction and size is called the period . The space crossed by the wave during this time is the wavelength . It is given by the relation: 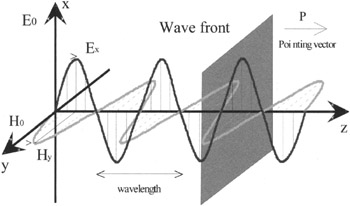 Figure 14.1: Illustration of the propagation of an electromagnetic wave

The propagation conditions (atmospheric, terrestrial influence), the system considered (antenna, etc) as well as the associated services depend on the frequency band used. An antenna has high efficiency if its size is about or a half-length of the wavelength. This criterion can consequently determine the frequency band used of the designed system or communicating object.

For instance, the millimeter band (EHF band) is characterised by the following elements: at atmospheric level, propagation is sensitive to attenuation due to oxygen , water vapor, hydrometeors (rain, snow, hail etc), clouds, fog, dust or smoke, to hydrometeor scattering and scintillations arising from fluctuations of the refraction index. It is also dependent upon shadowing effects mainly due to buildings and trees. The antennas used will be in the form of small parabolas . The services will turn around with line of sight proximity communications (fixed or mobile), teledetection by satellite etc.

The use of Maxwell's equations is generally very difficult to analyse with problems arising and we often have recourse to approximation methods . The size of the irregularity d, met during propagation, compared to the wavelength (connected to the frequency) plays an important role. The three following cases are considered: