In the last section, you saw how to use the Declare Variable command to refactor the GetText method and create a new variable from an undeclared identifier. In this portion of the chapter, you'll learn a bit more about refactoring.

Refactoring is the name of a set of commands that enable you to restructure your source code without changing its functionality. Besides the Declare Variable refactoring that you've already used, you're going to see how to use the following refactorings: 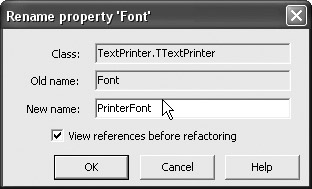 If the View references before refactoring check box is checked, two things occur: 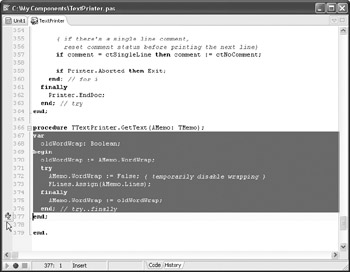 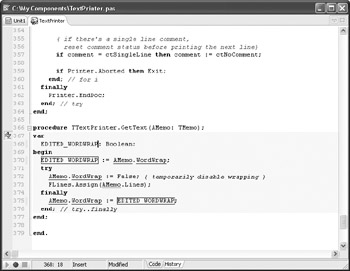 If you click OK in the Extract Resource String dialog box, it will make the following changes to the source code:

The refactoring that you are most likely to use is Extract Method. It allows you to select a portion of a routine and extract it to another one. The TTextPrinter's Print method is the perfect target for Extract Method refactoring, because it is large and contains a code segment that can very successfully be extracted to another method. This code segment deals with applying the font settings for comments and reserved words. 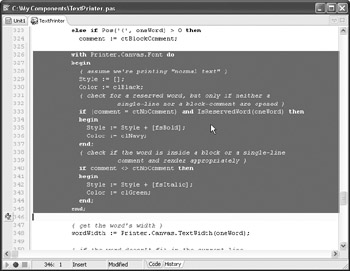 Figure 27-14: The code segment that should be extracted with Extract Method refactoring 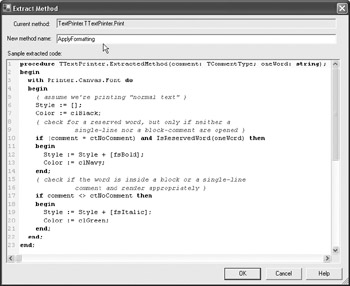