To make a layer's position control its scale (so that it changes size as it moves), add an expression to its scale property, then select its position property by dragging the Pickwhip from position to the word scale. 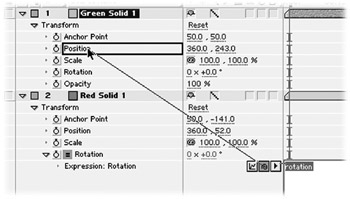