Cakewalk offers a variety of award-winning multitrack recording products both for the professional and the beginner, such as SONAR, SONAR XL, Home Studio, Home Studio XL, and Metro 5 (Mac). 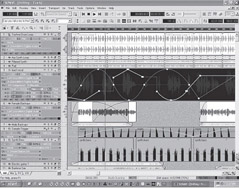 The SONAR multitrack digital recording system is a new generation of professional audio technology for recording, editing, mixing, and delivering music and sound projects for CDs, film and video scores, the Internet, or any multimedia project (available for Windows 98/Me/2000). SONAR has multiport drum editing with grid and pattern-based enhancements and custom drum mapping. It has advanced project management like easy-to-use file management tools, per-project audio folders, intelligent file naming, and more. SONAR’s Track view allows for recording, editing, sequencing, and mixing the project from within one global view. Tracks, auxiliary buses, and main outputs are all displayed in the Track view. 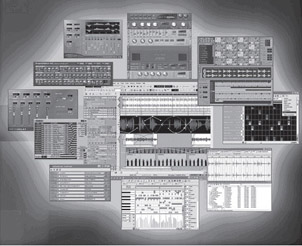 Cakewalk is developing support for OMFI (Open Media Framework Interchange) technology into its flagship SONAR 2.0 digital multitrack recording system. OMFI support for SONAR 2.0 is now in the alpha-testing phase at the company.

OMFI is the film, video, and audio industry’s standard for saving and transferring digital postproduction projects between different production studios and workstation platforms. SONAR 2.0 will both import and export OMFI format files and should be available by fall 2002 at no charge to all registered SONAR 2.0 owners.

The AAF is a broadly based trade association created to promote the development and adoption of AAF technology. AAF technology allows content creators, editors, and rich media authors to exchange video, audio, images, text, and metadata between applications and builds on existing OMFI technology.

In addition, Cakewalk plans to support Broadcast Wave files in SONAR 2.0 at the same time that it releases support for OMFI files. The Broadcast Wave Format (EBU Standard N22) allows audio material to be interchanged between different computer platforms and broadcast environments. It extends conventional RIFF WAV files by adding metadata, such as creation date and time, material identifier, and time position (SMPTE).

As of January 2003, the prices of SONAR software were: 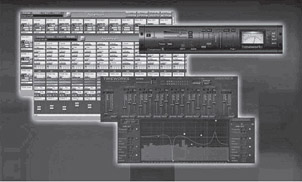 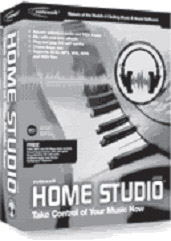 Record your own music on your PC with Cakewalk Home Studio. There is no better Windows software available for musicians taking the step into the world of digital recording. Home Studio provides you with everything you need to turn your PC into a powerful multitrack recording studio. 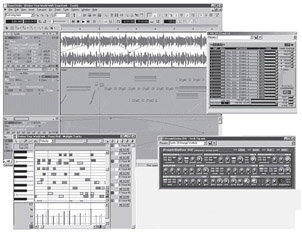 For the musician, project studio producer, or dance/remix artist who’s looking for more value, Home Studio XL provides all the capabilities of Home Studio 2002, plus a series of essential plug-ins for mixing and mastering, such as (1) Compressor/Gate—tighten up your mix, bring out the vocals, add punch to tracks, and smooth out performances with a wide dynamic range, (2) Limiter—avoid distortion by keeping audio signals from exceeding a set threshold, (3) Expander/Gate—increase the dynamic range of your recordings (makes loud parts louder and quiet parts quieter), (4) Dynamics Processor—an all-in-one effect that combines all three above effects for more control over your mix, and (5) DR-008 SE Drum Sampler/Synthesizer.

The Cakewalk Loops CD includes a full CD of ACID-format audio loops by leading producers, including Power FX, Smart Loops, and X-MiX and contains many styles such as rock, pop, hip hop, and dance. 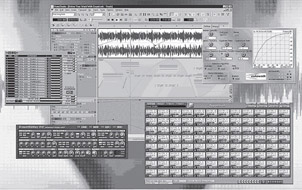 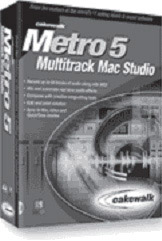 Metro 5 is the complete digital audio and MIDI studio for the Mac. You can record tracks using any musical instrument or sound source, arrange your music with flexible pattern-based sequencing, explore new ideas with creative songwriting tools, mix in real time using automated audio effects, edit and print notation, and even produce scores for film, video, games, and QuickTime movies.

With Cakewalk’s Metro 5 you can record up to 64 tracks of digital audio at variable sampling rates from 11.025 kHz to 48 kHz and edit and process with sample accuracy and off-line edits. Cakewalk’s Metro 5 multitrack MIDI allows up to 99 tracks of MIDI per section with up to 32 sections per song file where you can edit notes, controllers, tempo, pitch bend, and drum patterns within a single window. Composers can pitch, bend, and transpose notes and edit the drum grid, perform criteria-based editing, velocity editing, and print notation. You can turn MIDI tracks into notation or transcribe a MIDI performance or enter notes with a mouse. Scores can be printed with titles, expression text, dynamic markings, and scalable staves. 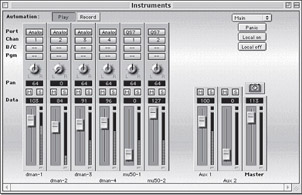 As of January 2003 the prices of Metro software were: