You can use a temporary variable in Access to store a value that can be used in other macros, event procedures, expressions, and queries. As you’ll learn in Chapter 24, we use a variable to store the user name when you log in to the Conrad Systems Contacts and Housing Reservations sample databases. Variables are very useful when you need Access to remember something for later use. You can think of a temporary variable in a macro as writing yourself a note to remember a number, a name, or an address so that you can recall it at a later time. All variables have a unique name. To fetch, set, or examine a variable, you reference it by its name. Temporary variables stay in memory until you close the database, assign a new value, or clear the value. 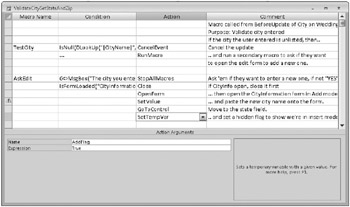 Figure 18–18: The AskEdit macro in the ValidateCitySetStateAndZip macro uses a temporary variable to indicate that the CityInformation form has been opened in Data Entry mode.

The AskEdit macro runs from the BeforeUpdate event of the City combo box on the WeddingList form when the user enters a new city name that isn’t in the row source. The macro first executes a MsgBox function in the condition of the first action to ask the user whether the new city should be added. If the user clicks the Yes button in the dialog box displayed by the MsgBox function, the function returns the value 6. (We’ll explain more about the MsgBox function later.) If the user clicks No, the macro halts. When the user clicks Yes, the macro calls the IsFormLoaded custom Visual Basic function (in the modUtility module object) to determine whether the CityInformation form is open. If it is, the macro closes it. The macro then opens the CityInformation form in Data Entry mode and copies the new city name from the WeddingList form to the CityInformation form.

The application uses the AddFlag variable to let code in another macro know that this macro has closed and reopened the CityInformation form in Data Entry mode. The RefreshCityList macro that executes in response to the AfterInsert event in the CityInformation form is also stored in the ValidateCitySetStateAndZip macro. The macro tests the AddFlag variable set in the AskEdit macro. Scroll down the macro rows in the macro design window until you come to the RefreshCityList macro, as shown in Figure 18–19. 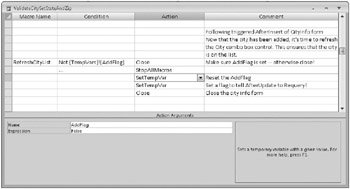 Figure 18–19: The RefreshCityList macro in the ValidateCitySetStateAndZip macro tests and sets temporary variables.

In the Condition column for the first action in this macro, you can see the following expression: