The Development of Moral Identity

The four dimensions of morality that I just described each serve an important function (outlined earlier in Table 1). In an operational sense, there is a time and a place for each one, because the moralities operate differently, solve distinct kinds of problems, and produce different sorts of results. But in a personal sense, these four dimensions develop together, as part of the person’s never-ending quest to build an admirable character.

This is not to say, in reality, that anyone ever manages to act perfectly with respect to all four moral dimensions. Indeed, the reason that one’s quest for character is never-ending is that everyone is far from perfect, and even the most reputable people will behave inconsistently at times. These dimensions themselves can stand in conflict, as when a creative idea that reflects a driving purpose (an example of generative morality) is misrepresented to best market the idea (a restrictive morality breach). Or any one of the moralities may be neglected for periods of time, as when a rising business leader decides that the time for philanthropic giving has not yet come.

In the long run, all four moral dimensions contribute to a full life in business, and a person fully armed has an enduring moral advantage. When integrated in a person’s character, the four enhance and reinforce one another. The way that this happens in the course of development is by forging a strong moral identity. This process usually begins when young, often as early as adolescence (although it is never too late for someone to start), and it continues throughout life. Identity is a person’s sense of who he or she is, and who he or she would like to become.[3] Moral identity is the part that revolves around the person’s moral convictions—the sense that I am honest, compassionate, responsible, fair, and trustworthy, and that these are important defining features of who I am and what I want to be like.

The development of moral identity begins with the discovery of what convictions most matter to you. (This is what Robert Green- leaf meant by the “act of self-discovery” first mentioned in Chapter 1.) These convictions, once fully realized, directly lead to purposes to which you can dedicate yourself. For example, if you have a conviction that people have a right to food and shelter, you might dedicate yourself to purposes that provide these essential commodities to the poor. Of course, there are any number of ways that you might go about doing this, including new ways that others haven’t thought of. When you dream up new ways of accomplishing a moral purpose, you are using your moral imagination, or engaging in an act of generative morality. In this sense, the drive to accomplish a moral purpose is the trigger for both the formation of moral identity and the acts of creation that generate new solutions to moral problems.

Once convictions are found and purposes established, they need to be pursued in a manner true to the moral nature of the conviction. Killing all poor people would not be a moral solution to eradicating poverty. The means of the act must be just as moral as the ends. No matter how lofty our goals, they have little moral worth unless we pursue them with decency, honesty, compassion, and respect. For this reason, developing the capacity (and the will) to act empathically and ethically is critical to the forging of a strong moral identity. Empathy and ethics ensure that moral purposes will be pursued by moral means. In the case of empathy, we follow moral means out of concern for the other, as expressed by the Golden Rule. In the case of ethics, we follow moral means out of conformity to the codes of society. The two together create a powerful incentive to act in an upstanding manner.

Capping the development of moral identity is the sense of the self as a responsible citizen in one’s community and society. This sense of citizenship develops gradually over the adult years, as a person takes on responsible social roles such as worker, spouse, parent, and active community member. In business, a prime way to express a sense of responsible citizenship in the broader society is through philanthropy. Business leaders usually wait to begin their philanthropic efforts until after they have established their businesses, and they accelerate them only when profitability grows. But, as I noted previously, even though philanthropy tends to grow later in life, it draws on the same moral convictions and virtues used in the earlier achievement of business success. In this sense, philanthropic morality is linked to all other components of a person’s developing moral identity.

Figure 1 indicates the ordering of the four dimensions of business morality in the course of a person’s development of moral identity. The logic of the pyramid shape is that the direction of development (beginning with purpose and moving up through the empathic, restrictive, and philanthropic moralities) also reveals the practical relationship of the moralities to one another in the business world. Although each moral dimension plays an important role in itself, some are more fundamental than others in the sense that they drive and sustain the others. The foundation of business success is a sense of moral purpose (at the bottom of the pyramid). Without purpose, a person tends to see the other dimensions of morality merely as rules and proscriptions: they are to be followed when necessary (or convenient), but they do not have a compelling rationale of their own. A lack of purpose will always put the other moral dimensions on shaky ground. Only when shored up by a constant focus on purpose can they be reliably counted on. 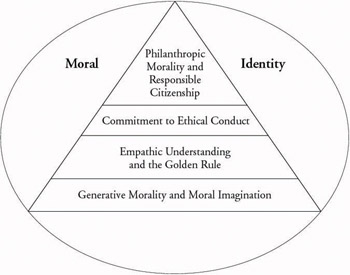 Figure 1: The Pyramid of Business Moralities

Moving up the pyramid, all dimensions of moral action draw on prior dimensions for their meaning and sustenance. Restrictive morality, for example, can be no more than a negative force—and consequently a weak one—without a concern for purpose, fairness, and compassion. When based on an awareness of these fundamental moral concerns, the restrictive ethical codes that constrain illegitimate behavior come naturally, because they feel internally generated rather than externally imposed. Similarly, philanthropy can be an empty shell, possibly doing more harm than good, unless it is based on a sense of moral purpose and conducted in an empathic and ethical manner.

Surrounding the four moral dimensions in Figure 1 is moral identity, from which all moral commitment springs. As a rule, a person acquires the elements of moral identity in the same order as indicated by the direction of the pyramid, with purpose coming

first (often in late adolescence), followed by commitments to empathic understanding, ethics, and philanthropy (or other acts of responsible citizenship). But the order is not a rigid one, and there is always interaction among the moral dimensions as they develop. They play in to one another, growing organically as they feed the person’s moral identity. In the end, in the best cases, the four dimensions become fully integrated, as part of a mature personality. This integration is what I refer to as “integrity,” the heart and soul of moral character.