One key skill for Linux system administrators is service management. You can start and stop current services with the scripts in the /etc/rc.d/init.d directory. In addition, you can ensure that the services of your choice are active only at specific runlevels.

The services that you install in Red Hat Linux have their own scripts in the /etc/rc.d/init.d directory. It s likely that you have a substantial number of scripts on your system; a sample from my desktop computer is shown in Figure 13.1.

Take a look at some of these scripts. Open them up in a text editor. Near the end of each script, you should see a series of commands similar to Figure 13.2. This particular script, smb , manages Samba. Some of the commands in different scripts do vary. 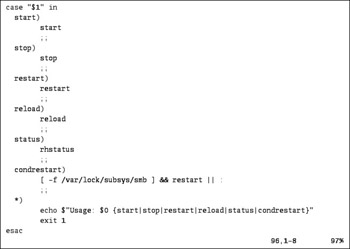 Figure 13.2: The innards of a service script

As you can see Figure 13.2, you can run several actions for that particular service, as shown in Table 13.3. The table simply reflects the actions shown in Figure 13.2; the actions associated with a different script will vary.

For example, if you wanted to restart Samba, you could run one of the following two commands as the root user :

You can make a service start and stop at different runlevels. For example, take a look at Figure 13.3.

You can see from the /etc/rc.d/rc3.d directory that Apache is killed when Linux starts runlevel 3 ( K15httpd ). If you want to start that service at runlevel 3, you need to change it into a start script. The standard method is the chkconfig command. To list the current runlevels associated with Apache ( httpd ), run the following command:

The output shows that Apache isn t started at any runlevel. To start it, you need to activate it at the desired runlevels. For example, the following command starts Apache at runlevels 3 and 5, in standard multiuser and GUI modes:

You can confirm the effect by listing the files at runlevels 3 and 5; in this case, you ll see the S85httpd start script in each directory ( /etc/rc.d/rc3.d and /etc/rc.d/rc5.d ). Alternatively, just run the following command: 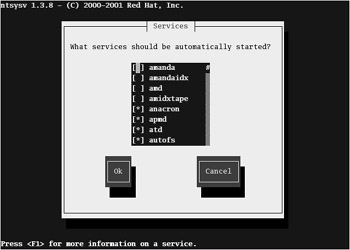