To prevent a hacker from intercepting and viewing (and possibly changing) the data you send to a remote website or web service, you must encrypt the data. Although encryption does not prevent the hacker from intercepting data, the encrypted data would be meaningless to the hacker. Further, should the hacker try to change the data, checksum information stored within the encrypted data will alert the recipient to the change.

Before a client and server can exchange encrypted messages, the two must agree on an encryption key that both will use to encrypt and decrypt messages. A program calling a web service could, for example, pass the encryption key to the service using one of the service’s methods, as shown here:

After the web service received the key, it could use the key to encrypt messages. Unfortunately, passing the key as a parameter to the web service in this way exposes the key to a hacker, who could intercept the message containing the key and then use the key to decrypt the messages the program and web service exchanged. As you will learn in the next section, rather than passing the encryption key “in the clear,” the secure sockets layer uses the server’s public encryption key to encrypt the key that the two programs will later use (as shown in Figure 9.6). 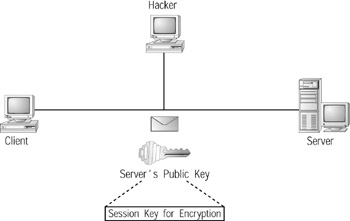 Figure 9.6: To prevent a hacker from intercepting the encryption key, a client and server must encrypt the message that contains the key they will later use to encrypt and decrypt messages.

Public-key encryption is based on the use of two encryption keys: a private key and a public key. The private key resides within a file on the user’s system, protected from access by other users. In contrast, users can freely distribute their public key to friends and associates, as shown in Figure 9.7. Normally, users distribute their public key by sending it to others within an e-mail message. 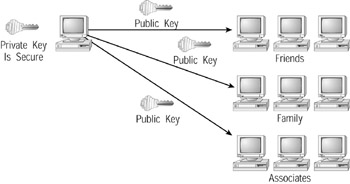 Figure 9.7: Public-key encryption relies on two keys—a rivate key that a user protects and a public key the user distributes.

After another user receives your public key, she can use your key to encrypt messages that she sends to you. When you receive the encrypted message, you use your private key to decrypt the message, as shown in Figure 9.8. 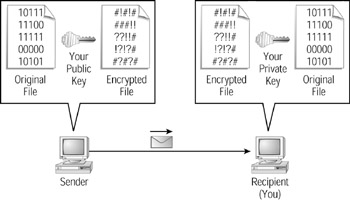 Figure 9.8: Other users use your public key to encrypt messages they send to you. To decrypt those messages, you use your private key.

Obtaining Your Own Public and Private Key Pair 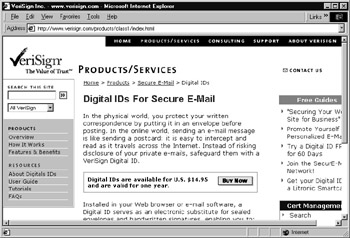 The VeriSign website will provide you with instructions that describe the steps you must perform to begin using your keys. After you download and install your keys from VeriSign, others can use your public key to send you encrypted e-mail messages. 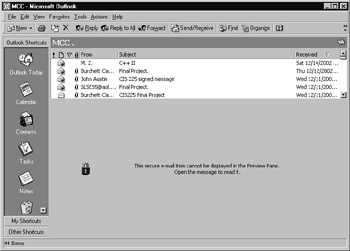 Figure 9.10: Most e-mail programs will not display the contents of an encrypted message until you open the message.

As you surf the Web, most of the sites that you visit will not use the secure sockets layer to encrypt data. That’s because the information most sites provide is not sensitive data. In general, you would not care if a hacker intercepted data about a new car you are viewing at an automotive website, or information about a book you are shopping for online. Certainly, each of us is concerned with privacy, but the overhead that would be required to encrypt general information would slow down the Web considerably. Instead, most sites use a secure link only when the site is going to exchange sensitive information with the user.

Normally (unless you have disabled notification within your browser), when you move from an unsecure site connection to a secure page, your browser will display a message similar to that shown in Figure 9.11, which informs you that you are about to establish a secure link.

Figure 9.11: Your browser will notify you when you connect to a page that requires a secure link. 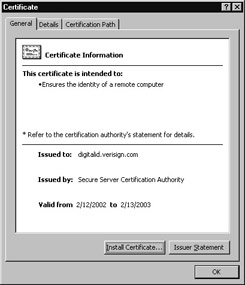 Figure 9.13: Viewing a server’s certificate within your browser

When you view a server certificate, you should make sure the certificate has not expired and that the certificate was issued by a reputable Certificate Authority. If a certificate does not appear valid (perhaps it is expired), you should question its authenticity. A trustworthy company that is performing e-commerce operations on the Web will have a valid certificate.

Understanding Where SSL Resides within the Network Layers

Network programmers often use the seven-layer ISO/OSI model, shown in Figure 9.14, to describe network operations. Table 9.1 briefly describes each of the model’s layers. 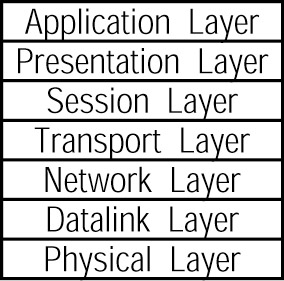 Figure 9.15: The secure sockets layer resides beneath the application layer.

Across the Internet, the Secure Socket Layer (SSL) protocol provides the mainstay for secure transactions. Today, most software programs support SSL version 3.0. As SSL continues to evolve, it will likely become the Transport Layer Security (TLS) protocol—an encryption protocol that is built into the transport layer itself. TLS is based upon SSL version 3.0. That said, TLS and SSL are different protocols. Currently, a TLS-based server would not interact with an SSL-based browser.

Looking Behind the Scenes at an SSL Connection

To create a secure session, a client will connect to a remote address that uses the URL prefix https:// as opposed to http://. Behind the scenes, the client will send a Client.Hello message to the server that contains the information about the browser and the request (which would be identical to those the browser would send for a standard http:// operation). In addition, as shown in Figure 9.16, the Client.Hello message contains a list of encryption algorithms the browser supports. 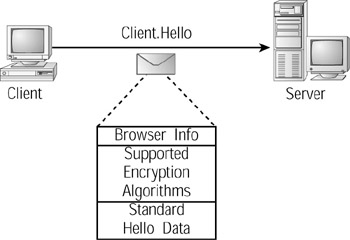 Figure 9.16: To begin a secure session, a client sends a Hello message to the server. 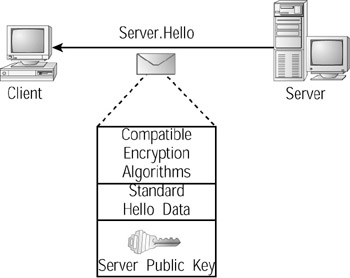 Figure 9.17: The server responds to a client’s Hello message by sending a Server.Hello message that contains the server’s public key. 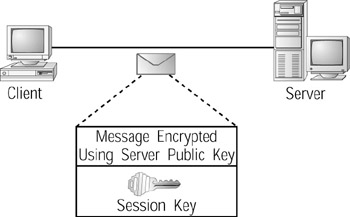 Figure 9.18: The client places the session key into a message that it then protects (encrypts) using the server's public key.

Cisco IOS in a Nutshell (In a Nutshell (OReilly))
Information Dashboard Design: The Effective Visual Communication of Data
Persuasive Technology: Using Computers to Change What We Think and Do (Interactive Technologies)
InDesign Type: Professional Typography with Adobe InDesign CS2
Sap Bw: a Step By Step Guide for Bw 2.0
Lean Six Sigma for Service : How to Use Lean Speed and Six Sigma Quality to Improve Services and Transactions
flylib.com © 2008-2017.
If you may any questions please contact us: flylib@qtcs.net
Privacy policy
This website uses cookies. Click here to find out more.
Accept cookies