Forms—they're everywhere. You fill out forms when buying a car, when renting an apartment, even when joining a community bowling league. We just can't seem to function without forms. Well, the World Wide Web is no different. To obtain data from visitors to your website, you must use HTML forms. Chapter 4 introduced these forms. As you saw there, Dreamweaver MX provides the tools you need to build and manipulate HTML forms. Since HTML forms almost always update data, we're going to refer to them in this chapter as "update" forms. Using Dreamweaver MX, you can quickly and rather painlessly create useful, meaningful update forms to gather information within your sites.

HTML (Hypertext Markup Language) forms are the basis for communicating with website users on the Internet. They are the "telephone" that creates two-way communication between the user and the web server. For example, the form in Figure 20.1 allows the user to enter information that will be sent through an e-mail message. Forms gather data from the user, send it to the server, and many times present data back to the user based on what the user entered in the form. Shopping carts wouldn't be functional without HTML forms. You wouldn't be able to order your favorite books through Amazon.com without HTML forms, for example. HTML forms are basically a programming structure, and like all programming structures, HTML forms must follow a few rules. 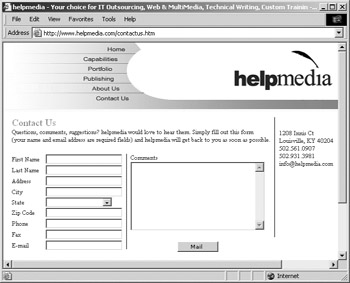 Figure 20.1: This form elicits feedback for an e-mail message.