As we mentioned, PHP looks more like a traditional programming language such as C, Pascal, or Visual Basic. It doesn't use the familiar tag structure you may be accustomed to, but it's not that difficult to grasp. PHP is quite powerful and has more in its bag of tricks than we can cover in this chapter. But, like the other language chapters in this book, we'll explore a few of the features that will get you started.

Before we get into a few of the more common PHP commands you use in your web development, you need to be aware of the way PHP handles some of its constructs.

PHP is a forgiving language. It does its best to never generate an error when running on your web server. And, for the most part, PHP isn't case sensitive in its language constructs. However, there is one point that can drive you batty if you're unaware of it. PHP is picky about the case of variables. That is, PHP is case sensitive with variable names. The variable City is not the same as the variable city. UserID is not that same as userid. Keep that in mind when you start developing in PHP and save yourself some time. (Function names and command names can be mixed case, if you'd like-just don't mix-case your variables.)

All variables in PHP are to be prefaced with a dollar sign ($). Using the example in the previous section, our PHP code should have $City or $UserID as the variable names whenever we use them. Without the $, PHP won't know that you're trying to use a variable. Also, the first character after the $ cannot be a number. The variable name $76Trombones would generate an error. If you need to include the dollar sign at the beginning of a text string, escape it using the backslash (\). For example, to print a dollar sign, include something similar to the following:

All Statements End with a Semicolon (;)

All statements in PHP must end with a semicolon (;). However, blocks and loops do not. The semicolon tells PHP that the current line has ended and that it should process the command.

To include and execute blocks of code within IF statements or loops, you follow the C and JavaScript conventions of wrapping the block with curly braces ({ }). For example, an IF statement can take the following form:

We demonstrated a sample escape sequence above with the dollar sign. Escape sequences are those character combinations that escape from the typical processor behavior and allow you to deviate from the standard processing of the code. You'll need to use escape sequences in double-quoted strings (more on that in the next section). Here's a list of common escape sequences you might need in order to display certain characters within PHP: 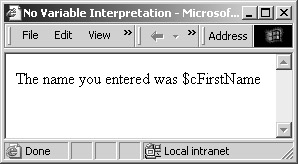 As we mentioned, even though PHP is more like a true programming language instead of a tag-based language, it is forgiving when you make an error in your code. PHP typically tries to continue to run when it encounters an error so that your page doesn't bomb out. For example, Listing 16.2 shows that we're trying to print the variable cFirstName, but we haven't defined it. You might expect an error, but depending on how you have the php.ini value set for error_reporting (E_ALL will show you notices), you might see something like Figure 16.3. PHP warned us that it couldn't find the variable, but continued processing the code. Figure 16.4 shows the same code, ran with error_report set to E_ALL & ~E_NOTICES. 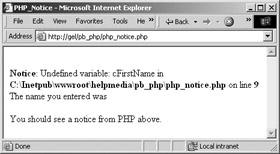 Figure 16.3: PHP continues code processing when it encounters an undefined variable, but displays a notice.

Figure 16.4: This is the same code with the php.ini error_reporting option set not to show notices.

PHP's comparison operators are used to compare variables within expressions. Each language generally has a couple of operators that are different from other languages. PHP is no exception, so here's the list:

Now that you have an overview of the PHP language and understand some of its quirks, let's explore the commands and features that you will use in web development. Naturally, we're not going to cover all, but this discussion should give you a good idea where to start in PHP web development.

Writing to the Page-print and echo

Output-you've certainly got to have it in web development. Otherwise, there's not much sense in having a website, right? PHP has two primary commands for printing to a web page-print and echo.

These two commands perform the same function, but operate a bit differently: echo can take multiple arguments, and print can return a value to the calling routine if it's successful in actually displaying information to the screen. You won't need these differences in most instances, so it's best to settle on one or the other-echo, for instance-for all your printing needs. Here's an example of each of these tags in action that yields the output in Figure 16.5. 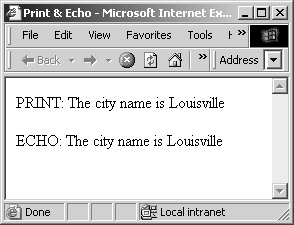 Figure 16.5: Both echo and print do basically the same thing.

Passing Variables between Pages with Get

PHP, like other web-development languages, has its own method for retrieving values passed between pages. In ASP, in order to grab a value from an HTTP Get operation, you use request.querystring("varname"). In PHP, you use the command $http_get_vars to extract variables from the query string. The following code creates the form shown in Figure 16.6. 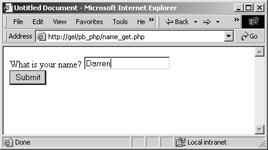 Figure 16.6: This simple form uses the Get method. 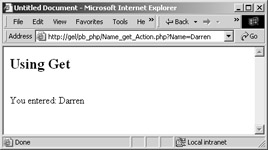 Figure 16.7: The HTTP Get method passes form variables in the URL query string.

Unlike most functions and commands in other web-development languages, $http_get_vars uses brackets instead of parentheses, as you can see here. That may take you a few syntax errors to get used to typing.

The preferred way to pass form variables to other pages is through the use of HTTP Post. This method passes the variables in the HTTP header so that the user doesn't see a query string. Plus, it's cleaner, doesn't have a size restriction, and is a bit more secure than Get. To retrieve variables passed using Post, you use the $http_post_vars command. For example, the following code is almost identical to the form code earlier, but notice that we're using Post as the method:

We retrieve the variable sent via the Post method using the following code that creates the same output, shown in Figure 16.8, as the Get. However, notice that there is no query string in the URL. 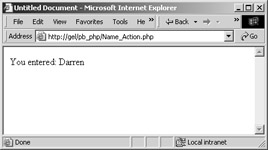 Figure 16.8: Post doesn't send the query string, so we use $http_post_vars to retrieve the variable.

There are many, many more functions and commands than we can cover here, so to learn PHP in depth, grab a book such as Mastering PHP 4.1 from Sybex at your local book store or visit www.php.netfor more information.