Here are the topics we will discuss in this section:

This will be our first real game, not just a demonstration program like the previous ones. When the game begins you will see a sphere in front of you and a flat plane surface in the distance, at an altitude that is below the sphere. The sphere is falling slowly, and you can move it forward, backward, and to the sides. The goal is to position the sphere over the plane so that it lands on the plane, before the sphere falls too far. Figure 4.8 shows this game being run. 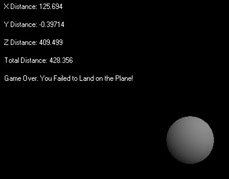 Figure 4.8: Screenshot of Sphere6 game. The sphere must be maneuvered onto the landing surface before the sphere falls too far.

One of the first things we will change in our program is the way in which the numbers are displayed. You may recall from the previous program that the x distance was displayed with black letters in a somewhat tacky-looking white background. We will now get a much more professional looking display by making a black background (which will blend perfectly with the screen color) and by adding the following lines to the New StaticText statement:

Here is the statement that will simulate gravity in our code:

mysphere will fall until it collides with a static object, so we must make sure we have enabled collision detection.

Another new feature of this program is that the camera will be made to follow behind the moving sphere at a set distance by using the following command:

This line makes the camera follow 3000 units behind mysphere . If we had used 3000 without the minus sign, the camera would have followed 3000 ahead of mysphere (and then it would actually be leading, not following!).

There is quite a bit of flexibility to the Follow statement that we are not yet using. This will be covered in the Flight Simulator project.

In this game, we will be concerned with inertia. Inertia is the tendency of an object to remain either at rest or in motion unless some force acts on it. For example, a baseball flies along its path until the bat exerts a force on it, and a car keeps moving until the brakes are applied. For the purpose of our game, we want our sphere to remain in motion until we tell it to stop. We also want it to change directions if we command it to do so. You may recall that in the previous programs, the sphere moved only for a few seconds when the arrow keys were pressed, and then stopped .

We will include inertia in our game by changing our Move statements. The first such change can be seen in the following if statement, which moves the sphere forward when the up arrow key is pressed:

In this case, mysphere will move a distance of 5000 units forward, and it will do so in 50 seconds. By using a large time (like 50), we ensure that mysphere continues moving for a while. The remaining arrow keys are programmed to move to the sides and back in the same way as described in earlier programs. When one of the other arrow keys are pressed, the new command is activated and the previous Move command is stopped.

We also need a way to stop the sphere when it is in motion, so in the following code, we tell the computer that when we press the letter S on the keyboard, it should stop the sphere. Of course, we could use any other available key for this, but S for Stop is easy to remember.

Recall that we will be following behind the sphere with our camera, so it will be easy to tell if the sphere is properly lined up with the plane in the x direction. However, it won t be so easy to tell when the sphere is over the plane since you are viewing the sphere from behind, not from above. Being able to see this would be like kicking a ball and being able to see it move toward the goal from the same position from which you kicked it ”it s easy to tell that the ball is going between the goal posts, but it is impossible to tell exactly when the ball crosses the goal-line. Someone observing from above would be able to tell, but from the kicker s vantage point, it s not possible to know immediately.

We could solve this problem by presenting two views of the sphere: one from above and one from behind. We will do this in a later section. For now, we will simply calculate the distance from the sphere to the plane in the x, y, and z directions and present these data on the screen. This way, the user of the game will know when he has positioned the sphere over the plane.

Here are the commands we will use to determine the position of the sphere:

In the next four lines, we find the y and z coordinates of the sphere and send them to the screen: 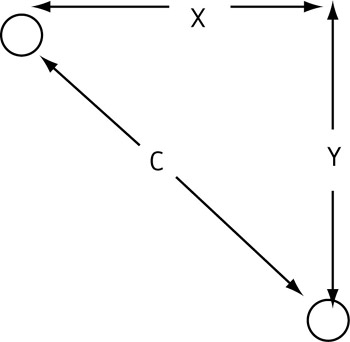 Figure 4.9: The Pythagorean theorem for finding the distance C between two points.

The Pythagorean theorem can be extended to 3D by including the distance Z between the points, as is shown in Figure 4.10. The distance between two points in 3D space is represented as follows : 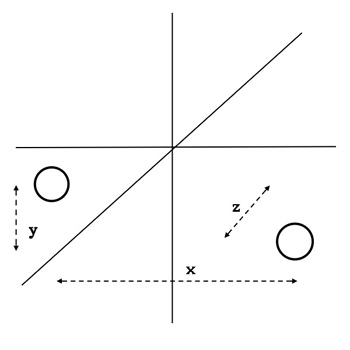 In other words, if we apply the 3D Pythagorean theorem to our situation, the distance between our sphere s center and the plane (at 0,0,0) can be represented as

Just for review, remember that the multiplication is done first and then the addition.

We will display this distance that results from this equation in a text box:

You will probably recall being introduced to the docollision function. This function will come into play now because in order for the game to be won, the user will need to land his sphere on the plane ”in other words, he will collide the sphere and the plane.

We want several things to happen when the collision takes place: we want the current music to stop and a sound called osound2 to play, and we want to let the user know that he has achieved his goal by displaying a message on his screen. These actions are shown here:

The reason this is happening is that the collision is constantly being detected , even after it has already occurred. If statements like omusic.Stop and the SetText command are repeated in the function, there is no problem because when these statements are repeated over and over, the user doesn t notice. However, with the osound2.Play() command, it is quite a different story. We only need this command to run once, and we next explain how to do this.

Consider the following lines of code:

Let s figure out what is going on here. As you know, the program is constantly looping through the game loop. In the first loop, the variable counter starts out with a value of zero, but this is incremented by one when the program reaches the first line of the loop.

The loop continues in this manner until the user exits the program, so the statement: counter = counter +1 is reached one more time. This time the counter is set to 2, and as a result, the if statement condition is not met. At this point, the program does not print mytext again, and it skips over whatever is inside the brackets contained by the if statement.

Now examine the code below, which contains a different version of the function docollision . If you understood the explanation above, you should have little trouble understanding how we now get the sound osound2 to play only once. Please note that we chose our variable name as flag instead of counter to illustrate that almost any name could be used for the variable that counts the number of loops :

Recall from the last section that two equal signs (==) are used to test values.

Determining When the Game Is Lost or Won: Embedded if Statements

All that being said, we can account for the sphere missing its target by the following code:

You can see that by the use of flag in this code that we are implementing a similar scheme as we did with the docollision example earlier. This is set up so that the sound plays only once. Also noteworthy is the fact that there is one if statement within another. This is known as an embedded if statement .

When you run the program, you will see the x , y, and z distances from the sphere to the plane displayed on your screen. You must adjust the z distance using the up and down arrow keys until you get the sphere closer than 100 units from the plane. Because the sphere is 100 units wide, there is no reason to get it any closer than that ”your sphere will collide with the plane as long as its distance from the plane is less than 100. Of course, you will also need to adjust the position of the sphere in the x direction, but this is done visually very easily and as a result, you really do not need the text message giving you the x distance.

Please type in the following code. Don t forget to import any sounds and music before you run it. This game uses the previous catch and melody , as well as a very nice sound called jump from the Rolling Ball 3D game in the Advanced Examples section.