The procedures that you write in VBA can execute Excel's menu commands, and if those commands lead to a dialog box, your code can apply settings to the dialog box. You can also access Excel's built-in dialog boxes using the Dialog object. An interesting and very useful fact about working with dialog boxes is that you can execute your dialog box routines completely behind the scenes; the dialog box doesn't need to be in view to apply the settings.

The Dialogs collection represents the list of dialog boxes that are built into Excel. The xlBuiltinDialog constant is used to access an individual Dialog object in the Dialogs collection. Use the syntax Dialogs(xlDialogObjectName), where xlDialogObjectName is the built- in constant identifying the dialog box you want to open. The following example displays the built-in File Open dialog box:

The Result variable lets you determine if the user clicked the OK button or if the action was cancelled by pressing the Esc key or by the user clicking the Cancel button. You can then use the value assigned to the variable to specify the next action that should occur based on the user's input.

For more information about, and a complete list of, the available xlDialog constants, type built-in dialog boxes in the Visual Basic Editor Ask a Question box and click the Built-in Dialog Box Argument Lists help topic.

For example, the following VBA statement is equivalent to clicking Edit, Go To, and specifying the range A1:C3 and clicking OK. However, when you use the VBA code, the Go To dialog box does not need to appear, so the action is seamless to the user.

In some cases, however, you might want to display one of Excel's built-in dialog boxes so the user can make the choices. There are two ways to do this:

Use the Show method to actually display the dialog box. Here is an example that displays the Go To dialog box, with the results shown in Figure 18-1. 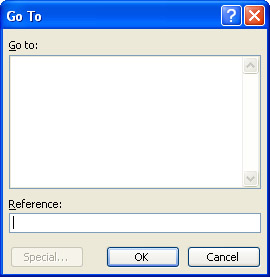 When the Go To dialog box is shown, the user can specify a named range or enter a cell address to go to. The dialog box displayed using the xlDialogFormulaGoto constant is the same one that appears when you choose the Go To command from the Edit menu.

Contrary to what you might expect, the Result variable does not hold the range that was specified in the Go To dialog box. Instead, as stated, the variable holds a Boolean value that reflects how the dialog box was dismissed.

It's important to understand that built-in dialog boxes are not documented very well. The online help is very sketchy, and the files do not mention the fact that displaying one of Excel's dialog boxes using VBA code might not always work exactly the same as using a menu command to display the dialog box. Consequently, you might have to do some experimentation to make sure your code performs as it should. 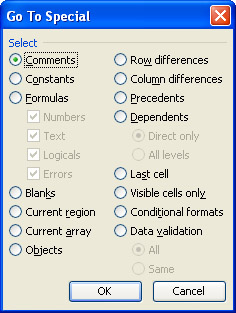 Figure 18-2: Displaying the Go To Special dialog box requires you to use the intrinsic constant for that dialog box.

Another potential problem you might encounter when you work with the built-in dialog boxes is that you are not able to display some tabbed dialog boxes as they appear when you display them using the menu system. For example, there's no way to show the Format Cells dialog box with the tabs. Rather, you can only show one tab at a time. The following statement displays the Alignment tab of the Format Cells dialog box (with the results shown in Figure 18-3). 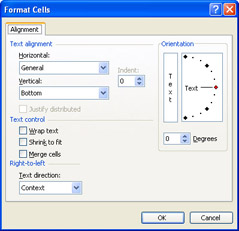 Figure 18-3: You can display the Format Cells dialog box, albeit one tab page at a time.

Inside OutReturn Variables or Execute?

When a dialog box is opened several options are available. If you execute the dialog box, the desired actions of the dialog box will occur. If you are only trying to gather information such as a filename, you should choose another method, such as GetOpenFilename or GetSaveAsFilename. Both methods display their respective dialogs but don't actually open or save the files when the user confirms the dialog box. The methods instead return the complete filename as a variable for use in later code.

The following example uses the GetOpenFilename and GetSaveAsFilename methods to return the name of the selected file:

Once the filename has been passed to the variable, it can be used in whichever method you choose. For example, with the filename it would be simple to open the file using the Open method.

You can also save the workbook with the new file name using the following line of code: