Before addressing SQL Server high availability technologies, it is important to understand what the operating system provides, as some of the SQL Server functionality depends on its foundation ”Windows.

A server cluster is Microsoft s form of clustering for the operating system that is designed for availability. It has also been referred to as Microsoft Cluster Service (MSCS) when the component itself was available as part of Microsoft Windows NT 4, Enterprise Edition. It is a collection of servers that, when configured, provide an environment for hosting highly available applications. A server cluster protects against hardware failures that could take down an individual server, operating system errors that cause system outages (for example, driver problems or conflicts), and application failures. Simply put, it protects the business functionality within certain limitations, but not necessarily the server itself.

Once a problem is detected , a cluster-aware application tries to restart the process on the current server first. (The cluster-aware application must be installed into the cluster.) If that is not possible, it automatically switches to another server in the cluster. The process of switching from one server to another in a cluster is known as a failover . Failovers can also happen manually, as in the case of planned maintenance on a server.

Server clustering requires a minimum of two servers; otherwise you essentially have a stand-alone system. A server cluster by itself does not really do much ”applications or specific uses, such as SQL Server or file and print servers, must be configured to use the cluster to provide availability. An instance of Microsoft SQL Server 2000 installed on a node that is part of a server cluster will not failover to another node if it is not configured to use the cluster mechanics; it will act as a stand-alone SQL Server.

The main constraint of a server cluster is the distance between redundant parts within the cluster itself. Conceptually, the limit is just a latency for synchronous operations, which is really a data consistency issue dependent on the underlying technology and its limitations (for example, in an older cluster, the limitations of Small Computer System Interface [SCSI]). During implementation, this means that any intracluster communications would be affected, because a server cluster relies on a single image view of the storage subsystem used, whether it is direct attached storage or a storage area network (SAN).

Another important aspect of any solution that has a server cluster as the basis for a back end is the compatibility of the applications that will be running on the cluster. One of the biggest misconceptions about server clusters is that because of automatic failover, they solve most availability problems. As noted in Chapter 1, Preparing for High Availability, a solution is only as good as its weakest link. For most applications to work properly in a cluster, they should be coded to the Microsoft Clustering application programming interface (API) and become cluster-aware, allowing them to react to cluster-specific events. This means that if a problem is detected in the cluster and the process fails over to another server, the application handles the failover gracefully and has minimal or no impact on end users. More information about the Clustering API and coding cluster-aware applications appears in Chapter 5, Designing Highly Available Windows Servers.

A server cluster is comprised of the following essential elements:

As shown in Figure 3-1, for SQL Server, the external users or applications would connect to the SQL Server virtual IP address or name. In the example, Node 1 currently owns the SQL resources, so transparent to the client request, all SQL traffic goes to Node 1. The solid line connected to the shared disk array denotes that Node 1 also owns the disk resources needed for SQL Server, and the dashed line from Node 2 to the shared disk array means that Node 2 is physically connected to the array, but has no ownership of disk resources.

Figure 3-1: An example of a server cluster.

Now that the basics of the cluster components have been covered from a high level, it is important to mention two important cluster concepts that are exposed when a cluster is installed and used by an administrator:

A Network Load Balancing cluster is a collection of individual servers configured to distribute Transmission Control Protocol/Internet Protocol (TCP/IP) and User Datagram Protocol (UDP) traffic among them according to a set of rules. Network Load Balancing creates an available, scalable solution for applications such as Internet Information Services (IIS) and Internet Security and Acceleration Server (ISA Server), but not necessarily SQL Server.

The following concepts are important to understanding how Network Load Balancing works:

Figure 3-2 shows how a read-only SQL Server could be used with Network Load Balancing. The external users or applications would connect to the Network Load Balancing virtual IP address or name; however, behind the virtual IP address, things are different. Each node has its own database configuration and disk. When a client request comes in, an algorithm at each node applies the port rules and convergence results to drop or accept the request. Finally, one of the nodes services the request and sends the results back. 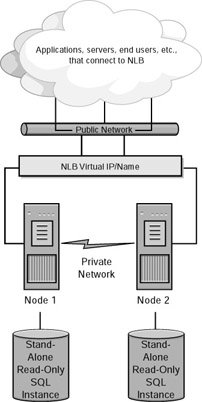 Figure 3-2: An example of a Network Load Balancing cluster.