Is Your Game Fun?

How can you tell if your game is fun? By this time, you know the answer: ask the playtesters. But playtesters are not often able to articulate exactly where the fun is lacking, so you'll need some tools to help you identify the 'fun factor' yourself.

When we discussed the dramatic elements of games, we talked about the fact these elements are what engage the player with the formal system, what get them and keep them emotionally involved in the game. Challenge, play and story can all provide emotional hooks that captivate players and invest them in the outcome so that they will keep playing.

In Chapter 4 on page 81, we talked in detail about some of the element of challenge, including the state of 'flow' that players can reach when the challenge the game offers is perfectly tuned to the participants' skill level. The following list of thoughts and questions addresses several of the most import aspects of challenge to consider when testing your game for fun. Ask yourself and your testers these questions to measure where the challenges in your game are working, and where they can be improved.

The desire to achieve goals is a fundamental part of being human. How can your games tap into this desire? Does you game have one goal at the end, or are there 'sub-goals' along the way? Reaching sub-goals can charge your players up emotionally and get them ready for the long haul to the end of the game.

Are your goals too hard to reach? Too easy? Are they clearly defined? Or are they hidden from view? Ask your playtesters to talk out loud about their goals as they play the game; this will help give you a sense if they are engaged in the goals you've planned, or if they are moving off on tangents.

Humans are competitive by nature, and competition provides a natural challenge in a game, whether it's directly multiplayer or indirect in the form of rankings or other criteria. We like to see how we compare to others, whether it is in terms of skill, intelligence, strength, or just dumb luck.

Are you missing a chance to create competition in your game? Listen to your players talk to each other, if your test is face to face. Or, if your testers are in different places, make sure they have a way to communicate with each other. Trash-talking, ribbing, and the kind of chest-thumping that happens naturally during playtests may give you a great idea for what is driving the competition in your game.

The goals we set for ourselves often carry a power that the goals which others set for us do not. We know our own limits better than any game designer can. When we set our own goals and surpass those personal limits, there is a sense of accomplishment beyond any in-game payoff system.

Some of the most popular games of all time allow players to set their own goals, challenge themselves so to speak. Of course, not all players enjoy this type of system-they find it too openended. Can your game incorporate this phenomenon? You need to know your potential audience and judge whether or not you should strive to offer this type of freedom.

Ask your playtesters to talk out loud about their personal goals in the game as they play-are they setting their own goals, would they like to be able to set goals for themselves? You'll be surprised to find out how often players create their own sub-goals within a system-especially if they know they can't win, but want to feel a sense of accomplishment anyway.

Learning a skill is hard, but the process has its rewards when you finally master it-even more so when you get to show it off. Presenting your players with the opportunity to learn difficult skills is a challenge, but a hollow one unless you provide ample opportunity for them to master and display that skill. And remember, people don't master skills after five minutes of a tutorial. Learning a new skill often takes time and trials. Rewarding the player for sticking with it will make the process enjoyable. 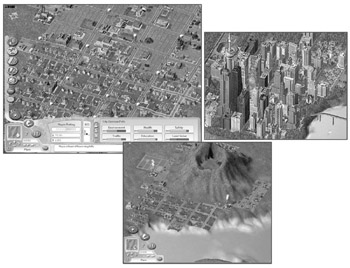 Game designer Sid Meier once said, 'Games are a series of interesting choices.' These choices can range from where to place your blocks in Tetris to how many peons to produce in WarCraft II. If the choices have consequences, then they're interesting. If not, they are merely a distraction. Is your game providing choices with consequence? Or are your players simply micromanaging? Are players aware of the consequences as they make those choices? Creating dilemmas, where players must weigh their choices carefully, is a powerful way to challenge your players.

Ask your playtesters to explain what they think the consequences of their choices will be as they play. What factors are weighing into their decisions? Are they correct? Or are they making arbitrary decisions? Arbitrary decisions can kill aplayer's sense of responsibility for an action. How can you improve the choices, macro and micro, that players are making in your game? 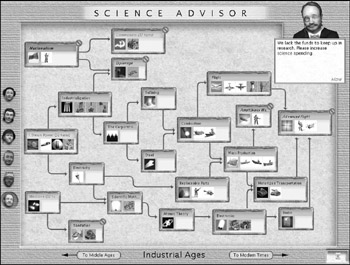 The desire for pleasure, romance, freedom, adventure, etc. are all powerful forces. Most people dream of being something they're not-an astronaut, snowboarder, general, rap star, etc. Let your players live their fantasies, even for a moment, and you'll have a captive audience. Role-playing games have their basis in this kind of fantasy play, but all games can gain from tapping into people's dreams for themselves. What aspirations does your game put within reach for its players? What fantasies does it fulfill?

This concept can be extended to imaginative play scenarios that are not necessarily 'fantasies' that a player wants to fulfill but rather scenarios that are intriguing to explore even though they go against a player's personal ethics. Grand Theft Auto III, for example, fits this description. Players may be compelled by the game even though they don't fantasize about robbing and killing.

People love interacting with one another. Games offer an amazing forum for social interaction, one which is equally about the game and the relationships people bring to the game. Adding this element to your game creates an unpredictable, emergent layer that is often enough for many players to stay hooked on a game long after its release. Some online games with strong social interaction have such loyal players that they have found ways to keep playing even after the official servers and support for the game have ended. Is your game making the most of any potential social interaction? Have you provided time and opportunity for people to get to know one another?

Nothing is so thrilling as venturing into uncharted waters and seeing what you find. If your games make this promise to the player and then fulfills it, you'll create an enchanting experience. Most great adventure, RPG, and FPS games include an element of exploration. The act of discovering something is magical. But creating that sense of trepidation when turning a new corner, anticipation when you think you may have found something, fear of getting lost, and exhilaration of discovery is a difficult task. Are you telegraphing the 'right' direction to the secret treasure? You want to help your players, but you don't want the process of exploration to become rote. Try going on adventure yourself-go for a hike on a new trail. Or a walk through a part of town you don't know. Think about the emotions you feel as you make your way-how can you re-create these feelings in your players? 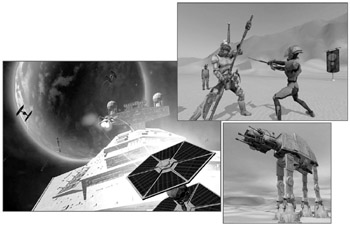 Some remnant of our hunter-gatherer ancestors must drive this need, but there is nothing like letting players create collections for engaging them in a game. Whether it's a collection that only lasts a single hand of a card game, or a collection of Magic: The Gathering trading cards that spans years of play and hundreds, perhaps thousands of dollars of spending, collection is fun for many different types of players.

A game which stimulates the senses and imagination is a treat. Whether it's amazing graphics, music and sound design, or a controller with force feedback, it adds to the fun factor. Never discount eye candy as a major source of entertainment value. Of course, eye candy won't hold up if the stimulation isn't integrated into the gameplay as a whole. Freedom of movement in a 3D space is one of the most successful examples of a sensory experience that has created an entire genre of gameplay.

As human beings, we have a desire to express ourselves, whether it's in the form of artwork, poetry, or building a character in a game world. Giving people the chance to show off who they are and be creative makes for an engaging experience and will add a new dimension to your game.

Illustrations used with permission of Wizards of the Coast, Inc.

Construction is a great tool for making players feel invested in a game. Whether it's constructing cities, armies, space colonies, or characters, building things is fun. If they build it, it's theirs and they won't let go. On the other hand, as much as we humans enjoy construction, we like tearing things down even more. Any ten-year-old boy will tell you how much fun it is to destroy-even precious toys. Let players do this and they'll love your game. 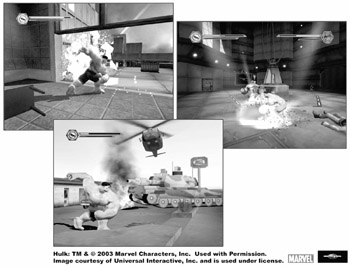 A game doesn't have to have a story to be fun, but story can a powerful mechanism for engaging people's emotions. Since we humans could communicate, we've had the urge to tell and listen to tales about one another. By incorporating dramatic elements into your game, you can tap into the human psyche and delight and enthrall your users.

But, as we discussed in Chapter 4, drama in a game has a different source than that in a movie. In movies, it comes from stories where characters struggle to overcome obstacles, both internal and external, while the viewers sit in their seats sweating each turn. In games, drama comes from the player's struggle to overcome those obstacles herself. This puts the human brain in two entirely different states, and presents a very different problem to the game designer.

This list encompasses some of the elements that can, if executed well, improve your game's fun factor. Don't try to cram them all into your game at this late stage, though. The most important thing about fun is its delicate nature. No matter what the marketing slogans say, it's almost impossible to make a game that's 'fun for everyone.' Pick your audience, find out what they think is fun, and set your goals accordingly.

Let's take a look at a couple very popular games and see how they have incorporated these elements.

As you can see, EverQuest includes ten elements of challenge and play, while Monopoly has just six, and Tetris has only four. Clearly there's no relationship between the number of elements and the amount of fun a player can derive from the game. Tetris may be one of the most universally addictive games ever, and it's quite simple. Making games fun is not about including every possible type of challenge or play, but in finding the right combination. If you can do that, you'll delight your players and keep them interested in your game.

As we did with EverQuest, Monopoly, and Tetris, analyze the opportunities for challenge and play that are present in your original game prototype. List the types of challenges players must face, and the ways that they can express themselves through fantasy or play. Describe how these elements interact to make your game fun-or identify how they might be improved.