In today s enterprise-scale applications, it s crucial to be able to coordinate multiple resources, each potentially running on various servers or even on different platforms. As you know, one of the major benefits of XML-based Web services is their ability to enable interoperability in such heterogeneous and distributed enterprise environments. In addition to interoperability, enterprise applications also require a standards-based method for enabling Web services to engage in coordinated business processes and transactions and to expose existing enterprise resources. This chapter covers the basics of coordination in enterprise applications and discusses how this notion of coordinated processes can be extended into the realm of Web services. You ll discover how two proposed specifications, WS-AtomicTransaction and WS-Coordination, can be used to provide coordination for Web services.

Before diving into a discussion of coordination in Web services, I want to spend a little time reviewing the basics of transactions, particularly distributed ones, and describing how Microsoft has implemented this functionality in the past. A transaction is a set of operations involving a diverse set of resources that can be managed as a single logical operation. A transaction should exhibit the following properties (known as ACID properties):

Confined within the scope of a single data source or service, a local transaction consists of a set of data changes (create, read, update, delete data modification language (DML) operations affectionately known collectively as CRUD), all of which must be completed successfully to maintain the consistency of the data. For example, consider a Web service that places sales orders. In this scenario, each new sale completed by the service requires that a new row be inserted into a sales order table and one or more related rows be inserted into a sales item table. In this case, the rows inserted in the sales item table represent individual items in the order, which is represented by the row in the sales order table. Because of this relationship, these rows must all be inserted together; otherwise , sales items might exist without a corresponding order or an order might exist without any items in it. Should a failure occur during processing, we might end up in such a state, with orphaned data rows. To prevent this from happening, all of the insert operations should be executed within a single transaction. That way, if any of the inserts fail, the entire transaction can be rolled back and the data can be maintained in a consistent state. 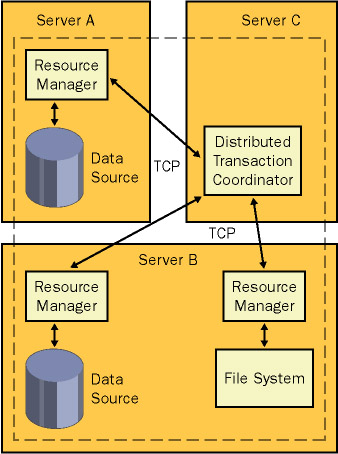 Figure 7-1: Representation of a distributed transaction

Distributed transactions in Microsoft Windows are supported by the Microsoft Distributed Transaction Coordinator (MSDTC). MSDTC supports Microsoft COM+, which is in turn used by .NET Enterprise Services, which provides a managed access to MSDTC. Rather than use an interoperable Web service, MSDTC employs both the OLE Transactions interface protocol and the X/ Open Distributed Transaction Processing (DTP) model to enable interaction with a variety of resource managers, including relational databases, object- oriented databases, file systems, document storage systems, and message queues. X/Open DTP XA is a DTC standard supported by managers of non- Microsoft resources such as Oracle, IBM DB2, Informix, and Sybase. As I will soon discuss, the WS-Coordination and WS-AtomicTransaction define a SOAP- based alternative to these tightly- coupled , object-based distributed transaction protocols.