Defining and Calling a Function

Implementing any function in addition to main involves two steps:

The explanation of these steps uses terminology we have not discussed before, so that terminology is reviewed first.

Terminology of a Function

Let s look at a simple program with one function, main:

The function header and body together are referred to as the function definition . A function cannot execute until it is first defined. Once defined, a function executes when it is called.

The next sections will explain how to define your own function and then call it.

In this example, printMessage is the called function, since it is the function being called from main. The empty parentheses indicate that no arguments are being passed to this function. I will show you later in this chapter how to pass arguments, as well as how to use return values.

The order of execution is as follows : 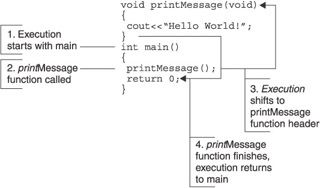 Figure 9-1: Order of execution of the Hello World Program

Since execution always starts with main, it seems more logical to place the main function first, ahead of the printMessage function, such as in the following example:

However, this code will not compile. The call in main to printMessage() will be highlighted, with the compiler error message being undeclared identifier.

The solution of preference is to prototype each function, except main, which does not have to be prototyped since it is required by every program. The following program shows how to prototype the printMessage function in the Hello World program:

The prototype is above all function definitions. This ensures that the compiler, compiling the code from top to bottom, will encounter the prototype before any function.