About the Creative Team

Previous page
Table of content
Next page
About the Creative Team

Peter Meyers (editor) works as an editor at O'Reilly Media on the Missing Manual series. He lives with his wife and cat in New York City. Email: peter.meyers@gmail.com.

Michele Filshie (editor) is O'Reilly's assistant editor for Missing Manuals and editor of four Personal Trainers (another O'Reilly series). Before coming to O'Reilly, Michele spent many happy years at Black Sparrow Press. She lives in Sebastopol and loves to get involved in local politics. Email: mfilshie@oreilly.com.

Jamie Barnett (copy editor) is a freelance copy editor and technical editor based in San Francisco and has copy edited over a thousand articles for O'Reilly's Web sites. He wrote a couple of books a while back, but likes the editing side better. He's also a painter and printmaker, under the nom de brush El Rey. His Web site is at www.elreyart.com.

Jim Goodenough (tech reviewer) was born and raised in California and he currently lives in Sebastopol with his wife Kati and his son Graham and daughter Anna. Jim is a Stanford graduate with a BS and MS in Mechanical Engineering. Jim owns and operates his Web site design and maintenance business named "Goodenough Web Site Services." Jim and Kati are avid SCUBA divers. Email: jim@goodenoughwebsiteservices.com.

Rhea Howard (tech reviewer) is excited to have finally taken the plunge into Web site creation. When she is not exploring the newly discovered intricacies of HTML and CSS, she is working in the O'Reilly operations department and inching ever closer to finishing her BA. Rhea lives and works in beautiful Sebastopol, CA. Email: rheah@oreilly.com.

Mark Levitt (tech reviewer) is a Senior Web Producer for O'Reilly Media's Online Publishing Group. His background includes Computer Science, Interactive & Educational Media, and Web Development. He has been known to eat cereal at all hours of the day. Email: markl@oreilly.com.

Rose Cassano (cover illustration) has worked as an independent designer and illustrator for 20 years. Assignments have ranged from the nonprofit sector to corporate clientele. She lives in beautiful Southern Oregon, grateful for the miracles of modern technology that make working there a reality. Email: cassano@highstream.net. Web: www.rosecassano.com. 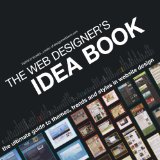